Girl Boy Torture Case: 14 accused made the video for two and a half hours 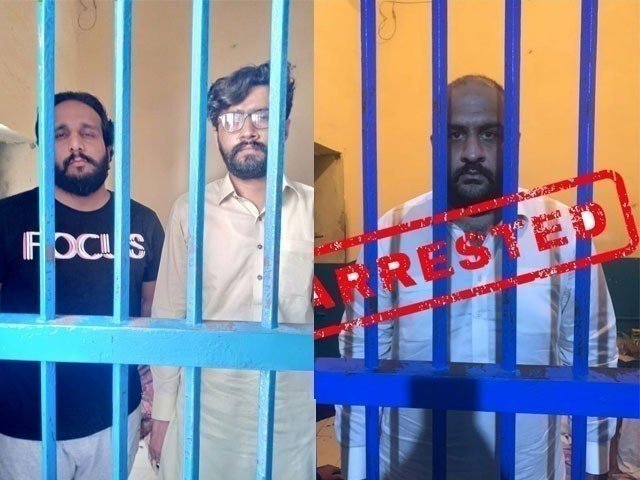 Major progress has been made in the case of torturing a girl and a boy naked in E-11 area of ​​Islamabad.

District and Sessions Court Islamabad heard a case of torturing a girl and a boy naked in E-11 area. Police produced the main accused Usman Mirza and others Ata-ur-Rehman, Farhan and Idris Qayyum Butt in the court on completion of physical remand. The major development in the case was that the victim boy Asad and the girl started regular follow-up of the case. Hassan Javed, counsel for the victim boy and girl, appeared before the court to pursue the case and said that the boy and girl could not appear due to security issues, as much as it was senseless to give maximum time to the police. Yes, this is a case of public interest. There is fear among the people. If we stay somewhere after this incident, anything can happen. This is our test. Victims were wronged, so physical remand should be given. The public prosecutor said that the victim is a boy and a girl. K 164 statements have been made, six thousand were taken from the boy at the same time, 11 million twenty five thousand have been taking this extortion at different times, the names of more accused have come to light in the statement of the affected boy and girl, there were 14 or 15 accused. The video of the hour was made by him, three people have made separate videos, they have been playing with these victims naked, in this case JIT has also been made and we have also imposed more provisions, SS The SIT has been formed under the leadership of P-Investigation. The police station for recovering pistols has registered a separate form for I-9. He has to be arrested.

It is to be noted that Judicial Magistrate Waqar Gondal has sent two co-accused in the case to jail for identification parade. In the light of the statements of the victim girl and the boy, various provisions of extortion, extortion and abuse have also been included in the case.