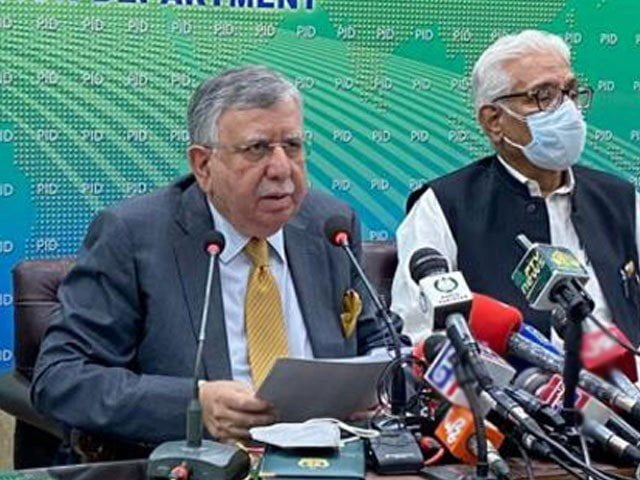 Federal Finance Minister Shaukat Tareen has said that the government reached an agreement with the IMF despite strict conditions, which also has a political value.

‘FBR harasses people’
The Finance Minister said that we have to move from economic stability to growth rate, GDP growth must be kept at least 5%, people do not come into the tax net because there is harassment, budget I will make sure that those who come into the tax net are not harassed.

The Federal Minister said that the IMF has set strict conditions for loans which also have a political value. When I went to the IMF in my previous ministry, the world was facing terrorism, due to which the IMF There was a good program and no conditions, but the current IMF program is very difficult.

‘Inflation should be reduced’

Shaukat Tareen said that in the 70’s we used to do economic planning, now we are going to do the same planning again, we have to improve the economy, we want to expand the measures related to social security, our The focus is on price stability. Inflation should be reduced for the common man, people are fed up with inflation. We will go to any lengths to control inflation. We will break the middle man’s back, we are planning short, medium and long term.

‘Agriculture sector needs to be expanded’

Will not leave IMF program

Shaukat Tareen said that we will not leave the IMF program, the program is running, the IMF has been told that 92% of the revenue was collected, because of Corona has come to 57%, Corona is the third wave, We have to facilitate, don’t give us revenue target, we will increase the tax network but it will not be like we were told to take the target from 3,000 to 5500.

The Federal Minister said that the industry in our country is not competitive, there is no foreign direct investment in the industries, foreign investment can be brought by increasing the capacity of the industries, the industries are mainly family businesses. Strengthening, revenues are declining again due to Corona lockdown, if Corona is stopped, the economy can grow immediately.

The Federal Minister said that development in the IT sector can also bring about the best change. The growth of the IT sector is 65%, it has to be brought to 100%, IT can become a game changer sector in the next 5 to 10 years, IT exports can be up to 8 8 billion annually.

“The IMF is so choking that it’s hard to breathe.”

Shaukat Tareen said that so many power plants have been installed in the country that this sector has become guerrilla, it has become difficult for us to pay capacity charges. PM is not in favor of raising tariffs, we do not have scope to increase tariffs, talks are underway with IMF team on tariffs, we will apologize to IMF for raising electricity prices. They fail because the IMF strangles them so much that it becomes difficult to breathe and we have to talk to the IMF to give them a chance to breathe. The wheel of the economy will turn, if production increases then revenue will increase, if employment increases then the targets of IMF will also be achieved.