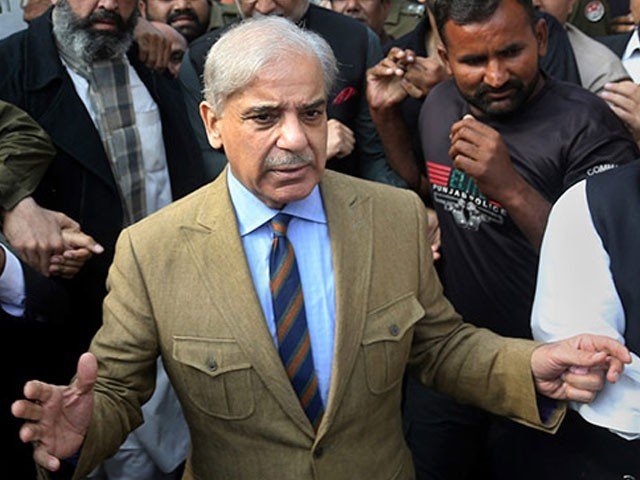 According to media, the Supreme Court heard an appeal against the removal of PML-N president Shahbaz Sharif from the blacklist. The registrar of the Lahore High Court presented the record of the court proceedings. Justice Ijaz-ul-Ahsan inquired whether the case of Shahbaz Sharif was fixed under the system or in particular. The Registrar High Court replied that the petition was fixed for objection, it was decided that the decision on the objection would be with the petition, the objection was raised on Friday at 9:30 am and the case was heard at 11:30 am.

Inquiring, Justice Ijaz-ul-Ahsan remarked that the public prosecutor was given only 30 minutes to take instructions. How many cases in a year were heard on Friday at 12 noon? In how many cases was unilateral relief given? The High Court did not even ask what list Shahbaz Sharif’s name was on, could such a general order be issued as the Lahore High Court did.
Justice Sajjad Ali Shah remarked that how can the movement of the accused be restricted in criminal cases. The position of the federal government was heard in the Lahore High Court.

The Attorney General asked the court to dispose of the federal appeal on two terms, adding that the decision of the Lahore High Court to remove the name from the blacklist was not an example. Justice Ijaz-ul-Hassan remarked that it has become a trend to arrest the accused. The NAB adds the names of 140 witnesses in the reference. If the trial lasts for five years, it will be tantamount to affecting the accountability process.

The court said that the manner in which relief was given to Shahbaz Sharif could not be an example for anyone. The Attorney General said that the judge who tried Shahbaz Sharif was transferred by the High Court. Lawyer Shahbaz Sharif said that what is the problem in appointing a new judge of accountability court? The Attorney General replied that it takes three to four months to appoint a new judge, perhaps Shahbaz Sharif does not want his case to be disposed of quickly, the government objected to the manner in which the judge was removed prematurely. The Registrar Lahore High Court said that names have been sent for the appointment of new judges. Justice Sajjad Ali Shah asked whether the government objected to the new names. The attorney general replied that he did not know about the objection to the new names.