Hacker arrested for releasing obscene videos and photos of women 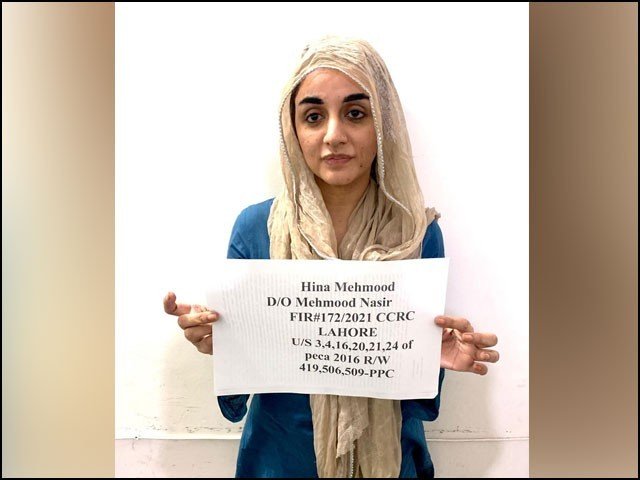 LAHORE: The Federal Investigation Agency (FIA) has arrested a hacker woman who went viral with obscene videos and pictures of women.

According to media, the hacker woman who released obscene videos and pictures of women left the men behind in blackmailing, however, the FIA ​​arrested the accused. The FIA ​​investigation into the arrested hacker revealed important revelations.
According to the FIR, a female hacker named Hina Mahmood hacked the Gmail, SnapChat, Hotmail, Skype and Instagram accounts of a citizen named Bilal Shabbir. He shared objectionable photos and videos, viralized women’s videos through two WhatsApp numbers, and a cunning hacker used a VPN to hide his identity so that it could not be traced.

The FIA, on the complaint of Bilal Shabbir and Ayesha, located the cunning accused Hina Mahmood with the help of mobile data and arrested her. Various IDs of Bilal Shabbir were being used to go viral. Objectionable material against the petitioners was also recovered from the mobile phone.