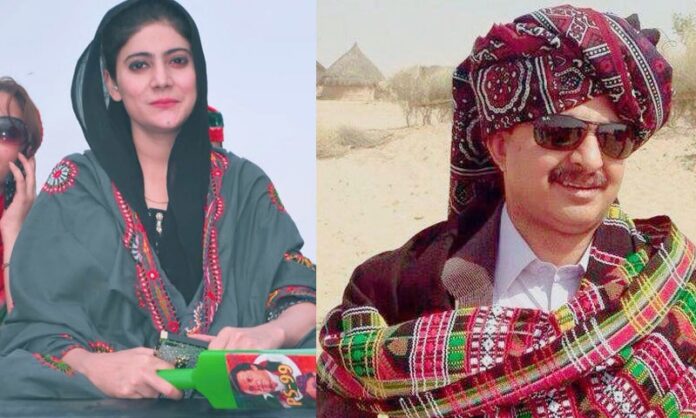 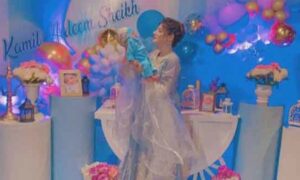 Haleem Adil Sheikh PS 99 Karachi East while Dua Bhutto is a member of Sindh Assembly from the reserved seat for women, both belong to PTI.

The couple were married shortly after the 2018 general election, which was kept secret for three years, but now the couple has given birth to a child.

Haleem Adil Sheikh while talking to ARY News confirmed that he and Dua Bhutto have given birth to a child and both of them have named their son Kamil Haleem Sheikh. Opposition leader in Sindh Assembly said that They were married in July, immediately after the 2018 general election, but the two had consensually kept it a secret. 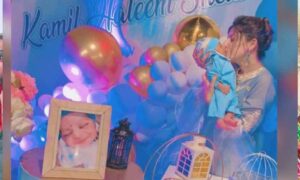 In response to a question, he said that getting married and having a child is not a matter of concealment, so he is now admitting that he got married three years ago.

Haleem Adil Sheikh acknowledged the marriage when Assembly member Dua Bhutto shared photos with her newborn son on WhatsApp and said that she had given birth to a child. Dua Bhutto shared the photos with her son on WhatsApp status. Along with sharing the photos, she also confirmed her marriage to Haleem Adil Sheikh. According to sources, they had a baby two weeks ago.

Fans, including politicians and showbiz personalities, congratulated the two MLAs on the birth of their child, but they were also criticized for keeping the marriage secret for so long. 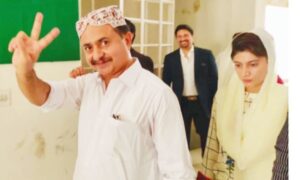 Before entering politics, Dua Bhutto was associated with showbiz and media industry. Apart from news casting, she also did modeling and acting in Sindhi News Channel.

Dua Bhutto’s full name is Tahira Dua Bhutto and she was born in Larkana. 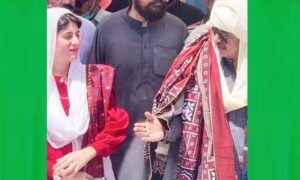