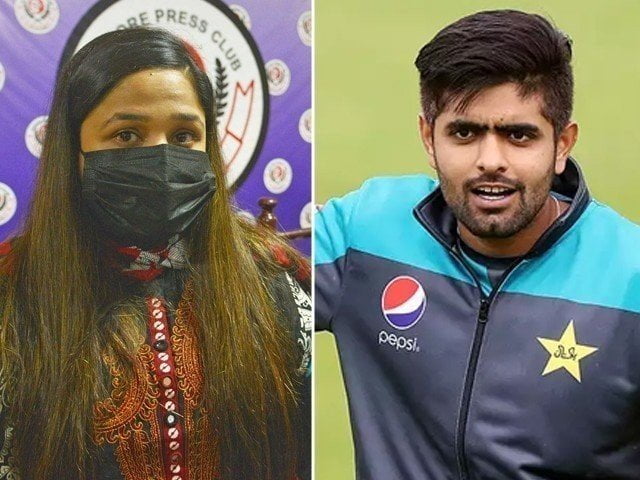 LAHORE: A court has ordered the FIA ​​to register a case against national cricket team captain Babar Azam in a harassment and blackmailing case.

The court ruled that plaintiff Hamiza Mukhtar had sought action against those who threatened her, blackmailed her and sent obscene messages from her mobile phone. During the hearing, the FIA ​​Cyber ​​Crime submitted its report to the court. According to the report, Babar Azam has been found guilty in this case.

The decision further said that the numbers provided were registered in the names of Maryam Ahmed, Mohammad Babar and Salimi Bibi. Salimi Bibi did not record her statement despite receiving three notices.

Maryam Ahmed is involved in the inquiry but does not recognize the plaintiff or Refusing to send any kind of messages, Maryam Ahmed was asked to submit her mobile for forensics which she did not give. Besides, Babar Azam also did not join the inquiry. His brother Faisal Azam appeared in place of Babar Azam and asked for a respite for Babar’s appearance. Babar Azam has not yet joined the inquiry and has not recorded his statement.

It is to be noted that Hamiza Mukhtarnami girl has leveled serious allegations of sexual abuse, violence and extortion against national cricket team captain Babar Azam.