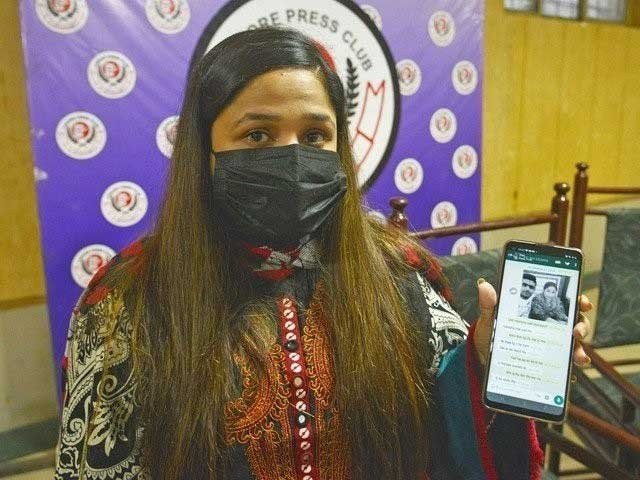 The FIA ​​asked Hamiza Mukhtar for her mobile phone and other records. The phones will undergo a forensic audit, after which the investigation will proceed. According to FIA cyber wing sources, Hamiza Mukhtar had provided some mobile phone numbers that were used to blackmail her and send obscene messages.

This request was received by FIA Cyber ​​Wing Lahore on which immediate investigation was started. The numbers provided by Hamiza Mukhtar were registered in the names of Maryam Ahmed Muhammad Babar and Salimi Bibi. Notices have been issued to the owners of the registered numbers. Babar Azam was replaced by his brother Faisal Azam and asked for a respite for Babar to appear.

Maryam Ahmed has also stated that she refuses to send nasty messages to Hamiza from her number. Maryam Ahmed has been asked to submit her mobile for forensics which she has not given nor has Hamiza Mukhtar (who has accused Pakistan cricket team captain Babar Azam of sexual harassment and blackmailing) yet. He did not give his phone to the FIA ​​investigation team.

The FIA ​​has asked them for mobile phones, after which a forensic audit of these phones will be done. Only then will it be known whether nasty messages were sent and WhatsApp calls and blackmail were made or not. The IA did not receive the call, the investigation will proceed as soon as the call is received.