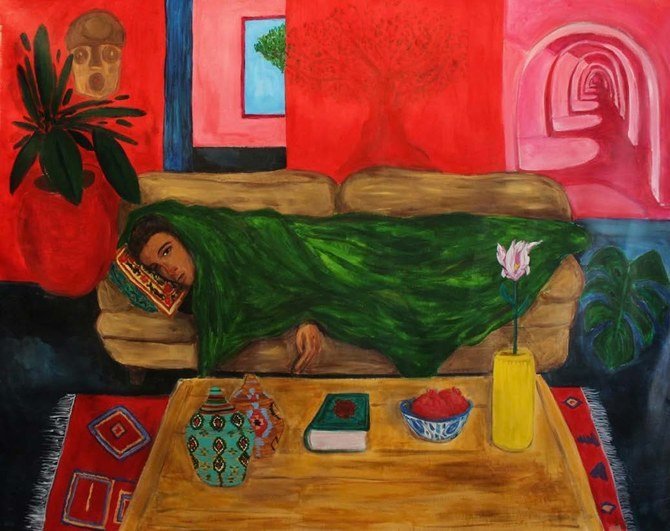 The exhibition’s title piece is a demonstration of the Catalan artist’s aims with his latest show. 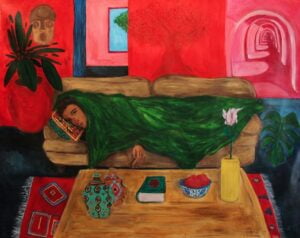 The title refers to manuscripts that have been erased and then written over, and as curator Dina Ibrahim writes in the press release, Khalifi’s works contain “versions of himself” that “may be altered or obstructed, but still share visible traces of his original form — such as gender, age, background — 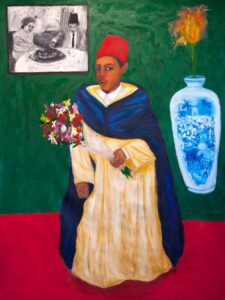 thus acting as palimpsests.”Speaking of his works’ resemblance to classical portraits, Khalifi tells Ibrahim how hard it is to find such portrayals of Muslims in classical art. He cites a portrait of Spanish Muslim Juan de Pareja by Velasquez as “probably the most familiar face I can find in a classic museum … so I’m trying to rectify that.“It has a deeper spiritual meaning to it, but it also has lightness and a sense of humor,” Khalifi tells Ibrahim of this 2021 work. “My paintings are conversations I have with myself without taking myself too seriously. 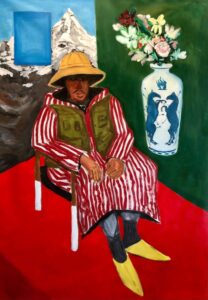 The subject matter is sensitive but not that emotional. I want (people) to feel it, but I don’t want to be too in-your-face with spirituality or deeper meaning.”