History of Pakistan Railways is full of accidents 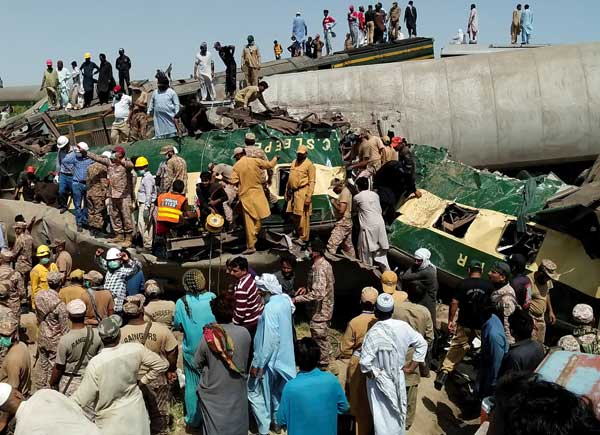 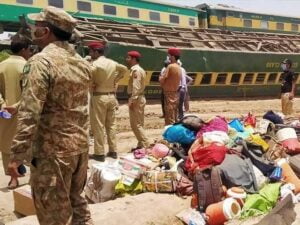 In July 2013, a train collided with a rickshaw near Khanpur, killing 14 people. On July 2, 2015, a terrible train accident took place in Gujranwala, 19 people lost their lives. November 17, 2015 20 people were killed in a train accident in Balochistan.

On November 3, 2016, two trains collided in Landhi area of ​​Karachi, the result was horrible, 21 people were killed. A fire broke out in a passenger train in Rahim Yar Khan district on October 31, 2019, killing 74 people. 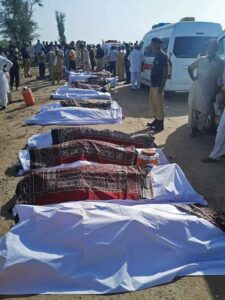 On July 11, 2019, the Akbar Express collided with a freight train near Rahim Yar Khan, killing 20 passengers and injuring 60 others. The year 2019 proved to be the worst year in the history of Pakistan Railways, with more than 100 accidents.

According to railway records, the highest number of 20 accidents took place in June, along with human lives and the railway department also lost crores of rupees.

Sixty-two people were killed and more than 100 were injured in a train accident near Daharki in Ghotki. Continuing for 24 hours 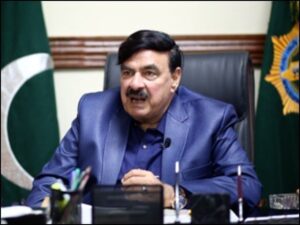 The rescue operation was completed and once again the movement of vehicles on the up and down tracks was restored.

The Prime Minister, the President and the Opposition leaders expressed their sorrow over the loss of precious human lives in the train accidents. Shahbaz Sharif and Bilawal Bhutto demanded that those responsible for the accident be brought to light

Meanwhile, Information Minister Fawad Chaudhry threw all the rubble on Saad Rafique and asked how Azam Swati could resign over the sins of Saad Rafique. Gone But the question is who is responsible for the railway accidents? The fact is that today the tracks are in such a condition that train cannot run on them now. 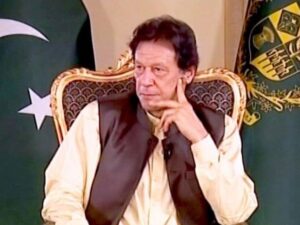 The wheel of the railway is running. It was laid during the British rule which is now obsolete. This track is no longer fit to run on. That is why there has been a sharp increase in accidents on the Pakistan Railways while the country’s ruling elite and opposition leaders

They only accused each other and never tried to improve the condition of the railways. No government will pay serious attention to railways. As a result, the railways today face a deficit of billions

It is increasing every year but nothing is being done to improve the situation. Sometimes there is talk of privatization of railways and sometimes there are loud claims to fix the railways. But instead of improving, the condition of the railways is deteriorating. Khawaja Saad Rafique called Sheikh Rashid the biggest liar in the world. Similarly, PTI leaders also criticized the opposition. 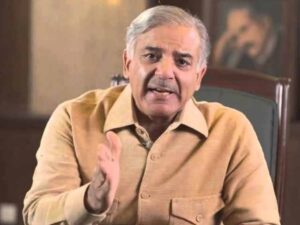 The document said that in the first 10 months of the current financial year, the railways incurred a loss of Rs 36.28 billion and in two years, the number of trains was reduced from 120 to 84. 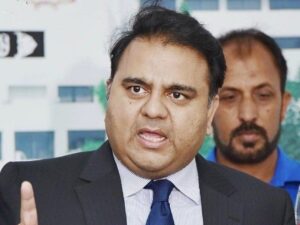 The Ministry of Railways said that up and down 36 trains were shut down due to increase in operation deficit, operation losses increased due to corona virus while the number of trains was reduced due to running deficit of trains and 15 passenger trains were contracted for better commercial benefits.

On the other hand, the details of non-performing institutions of Pakistan Railways were presented in the National Assembly, in which it was said that federal, provincial departments and private institutions are in default of Rs 9.89 billion. 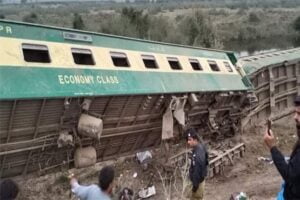 Now the question is how to get the railways out of this deficit and how to save the deficit railways from terrible accidents? Neither the people in power nor the opposition has the answers to these questions. That is why the railways continue to be a white elephant in the future. And in the same way, accidents will continue to happen every day, people will continue to die, regrets will be expressed and the matter will end.  Every country in the world is improving its railway system. Now every Pakistani seems to be asking the question, how will the condition of railways improve in Pakistan?