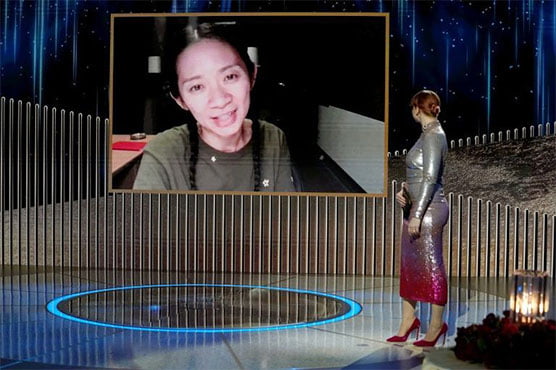 “I congratulate our five nominees whose diverse and extraordinary films embodied that universal power in a year that will never be forgotten,” said DGA president Thomas Schlamme in a statement.

Beijing-born Zhao and British director Fennell are joined on the diverse shortlist by Lee Isaac Chung, who drew on his Korean-American immigrant family history for acclaimed drama “Minari.”

The category is rounded out by David Fincher — for Hollywood Golden Age reimagining “Mank” — and Aaron Sorkin for 1960s courthouse drama “The Trial of the Chicago 7.”

The DGA Awards are a strong indicator of the Oscars best director prize.

Only one woman — Kathryn Bigelow — has won the DGA top honor, and she went on to scoop the only female best director Oscar win in history for 2009 s “The Hurt Locker.”

Last year the major award shows including the DGAs and Oscars shut out all female-helmed films in their director categories, with the absence of Greta Gerwig for her acclaimed “Little Women” drawing a particular backlash.

The industry has come under increasing scrutiny for its lack of diversity in recent years.

The DGA Tuesday also unveiled five nominees for the first-time feature director prize, including Regina King for “One Night in Miami” and Radha Blank for “The Forty-Year-Old Version.”

The DGAs winners will be unveiled at a private virtual event on April 10, some two weeks before the pandemic-delayed Oscars.