Humans will now be able to hear ultrasound 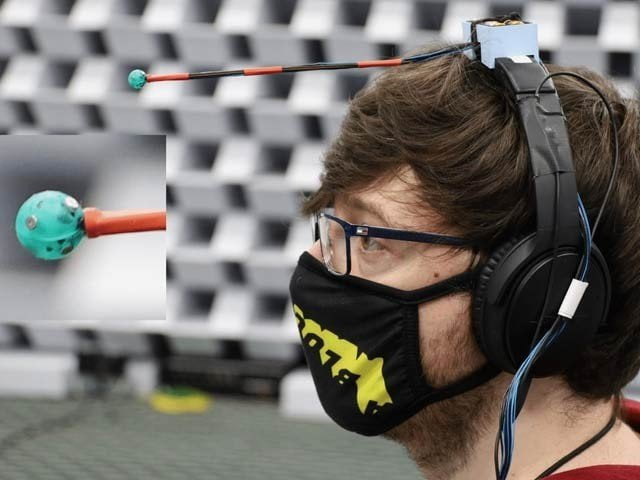 Finland: Human hearing is very limited, meaning we can only hear sounds made by sound waves between 20,000 and 20,000 Hz. But now scientists at Alto University in Finland have developed a technology that will allow humans to hear ultrasound, including the sounds of the top bats.

The findings are published in the June 2, 2021 issue of Scientific Reports. We know that bats have very weak eyesight and they continue their journey by emitting ultrasound, colliding with objects and turning around. But we humans could not hear these voices, but science and modern technology have made it possible.

“With our new technique, we can find out from which side these animals are making a sound, that is, we can accurately estimate the location of the ultrasound emission,” says Valley Pokie, a professor at Alto University. In this way, a person can become super-hearing.
Earlier, many instruments were made to hear the sound of bats or to know their direction, but they did not succeed. In the process, experts created a line of sensitive microphones on a red pop-like round object. Now the ultrasound sound received was immediately converted to audible free frequencies. And that voice was sent to the headphones at that very moment. The computer is currently working on pitch shifting or changing the free frequency of sound, but next time the whole system will probably be integrated into the headphones.

The microphone then examined everything and pointed out the most important direction from which the sound was coming. In this way, not only the ultrasound sound of the flying mammal was heard but also its direction was known. But there are many benefits to this invention. It can detect leakage in pipes and electrical system malfunctions, which are usually emitted in the form of ultrasound.