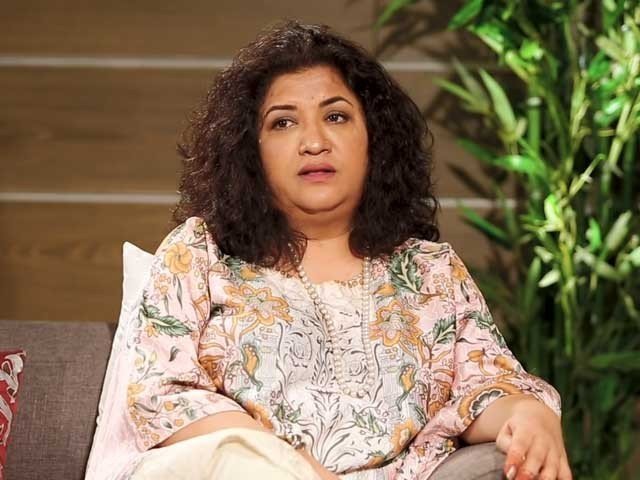 KARACHI: Renowned actress Hina Dilpazir has narrated the story of her life saying that her husband had divorced her in anger.

Actress Hina Dilpazir, who has made a name for herself in Pakistan Showbiz with her live performances in drama serials “BulBulay” and “Qudusi Sahib’s Widow”, recently participated in the Effat Omar show where she shared her life, marriage and divorce. And talked openly about Pakistani dramas. Hina Dilpzir said that she got married of her choice but then suddenly a few years after the marriage, her husband angrily divorced her without any reason.

“I was only 23 years old when I got divorced and my son was only three or four years old,” she said. There was no disagreement between us nor was he a bad person, my best wishes are with my ex-husband.
During the interview, Hina Dilpzir also criticized the stories shown in Pakistani dramas and said that in our dramas, the story does not go beyond a few special characters in which only a seventeen, eighteen year old girl is shown whose marriage Problems are going on, sometimes the girl’s family is not believing, sometimes the boy’s.

sHe further said that earlier the story writers used to give a message to the people through their creations whereas today in our country the author is given the names of some special actors and they are asked to just write the story in front of them. Even actors are already selected.