I was thinking to commit suicide, Meghan Markle 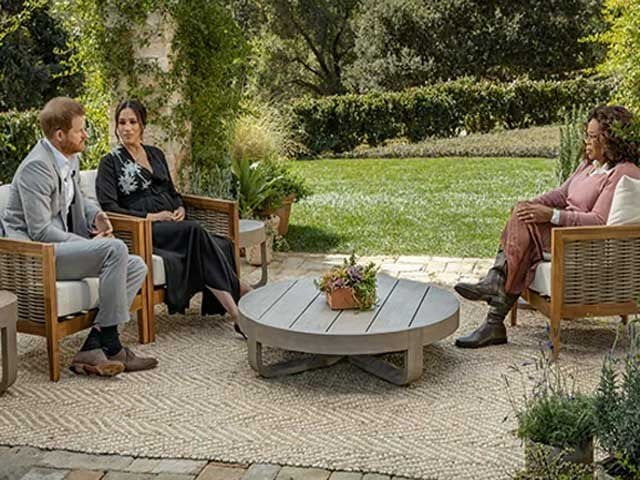 New York: The Duchess of Sussex and actress Meghan Markle says she even thought of committing suicide when she was part of the royal family.

According to the British Broadcasting Corporation, Meghan Markle, the fiancاکe of the Duchess of Sussex, talked a lot about her bitter experiences with the royal family in an interview aired on American TV.

Meghan Markle accused the royal family of being principled, saying that when they were about to have their first child, most of the talk was about the baby’s skin. The royal family did not want their son or daughter to become a prince or princess, for which the law was changed.
“After various bitter experiences in the royal family, I even thought of committing suicide because I was feeling very lonely,” Meghan said. I didn’t want to live any longer, I was ashamed of how much Harry had suffered. I thought my suicide would solve a lot for a lot of people.

According to Meghan, the queen always treated me very well, I like her very much but I still felt lonely there.

In an interview, Prince Harry said: “We tried our best to stay in the royal family, but we did not get any support from our father, Prince Charles. That’s because Meghan Markle and I are together while my mother was alone.

Meghan told Princess Kate Middleton, the Duchess of Cambridge, of the rumors, saying it was a lie and there was no truth in it. In the interview, Meghan also mentioned about the new guest that she will have a daughter.