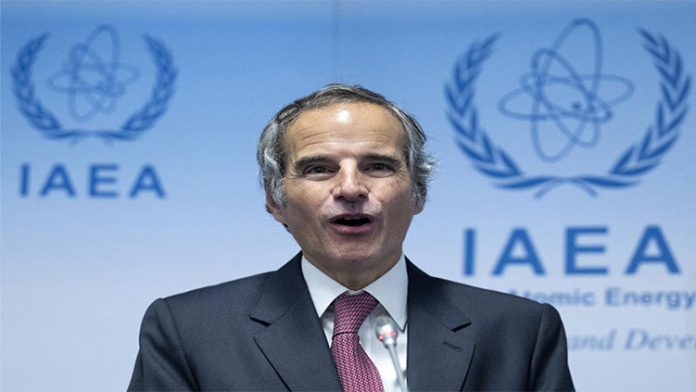 VIENNA (AFP) – The UN nuclear watchdog on Tuesday confirmed Iran has started enriching uranium up to 60 percent at its Fordo plant amid the breakdown of the nuclear deal with major powers.

This is “in addition to such production that has taken place at Natanz since April 2021,” the IAEA said.

The agency added that Iran also planned “a significant expansion of low enriched uranium production — UF6 enriched up to 5 percent or up to 20 percent — at Fordo”.

The IAEA will “inform Iran of its intention to increase the frequency and intensity of its verification activities” at Fordo, the statement added.

At the other plant, in Natanz, Iran “continues to advance its enrichment activities” and now plans to install a second production building, the IAEA added.

Iran said Tuesday it had begun producing uranium enriched to 60 percent at Fordo, an underground facility that reopened three years ago.

The move was part of Iran s response to the UN nuclear watchdog s adoption last week of a censure motion drafted by Western governments accusing it of non-cooperation.

It comes as talks to revive a 2015 landmark deal — which curbed Iran s nuclear programme in exchange for sanctions relief — have stalled.

The deal started to unravel in 2018 when the US withdrew and reimposed sanctions. In response, Iran started to step up its nuclear programme.

An atomic bomb requires uranium enriched to 90 percent, and 60 percent is a significant step towards weapons-grade enrichment.

Iran has always denied any ambition to develop an atomic bomb, insisting its nuclear activities are for civilian purposes only.

Britain, France and Germany on Tuesday condemned Iran s expansion of its nuclear programme after the UN atomic watchdog confirmed that the Islamic republic was further enriching uranium.

The so-called “E3” governments said Iran was moving “well beyond” limits set down in the Joint Comprehensive Plan of Action (JCPoA), a 2015 deal designed to curb its nuclear ambitions.

Iran has now “taken further significant steps in hollowing out the JCPoA”, the European governments said in a joint statement.

By enriching uranium up to 60 percent at its Fordo plant, Iran was challenging global non-proliferation, they said.

“This step, which carries significant proliferation-related risks, has no credible civilian justification,” the E3 countries said.

“We will continue to consult, alongside international partners, on how best to address Iran s continued nuclear escalation.”