If I had to fight for father Adnan Sami, I will fight, Azan Sami Khan 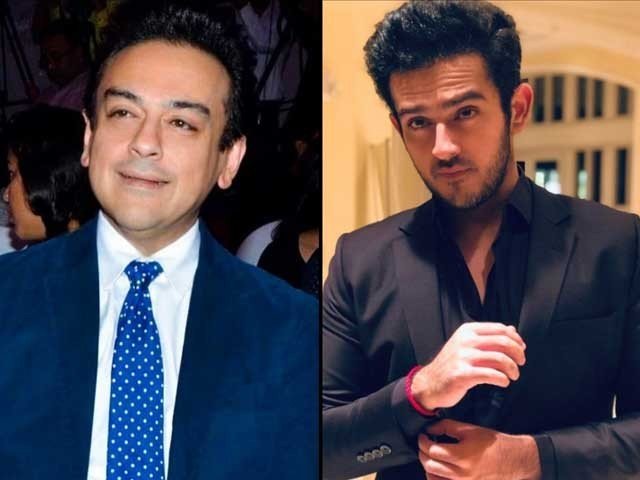 Singer and music composer Azan Sami says he is his father’s biggest fan and will fight even if he has to.

Emerging singer and musician Azan Sami started his artistic journey in the music industry of Pakistan by composing music for the film. And now he is going to launch his music album which has 9 songs, seven in Urdu, one in Punjabi and one in Pashto.

Azan Sami recently gave an interview to VOA in which he talked about nepotism and said that being the son or daughter of a famous person in the industry makes it easier for him. People say that if someone is given a chance, it is definitely beneficial. But in my opinion, more than an opportunity, you get to see experts in your field from day one and there is no greater blessing. Those who advise you are experts in their field. So when you start your professional life, you have the guidance of experienced people.
Talking about his album, Azan Sami said that our team has tried to ensure that there are no two songs in the album that sound alike. Speaking on the current era, Azan Sami said that in the showbiz industry, big numbers are often valued and it is believed that if a song affects a large number of people, or it is listened to by a large number of people or young people listen to a large number of people. Considered the formula for success. But I don’t think so.

My focus is not on creating a melody that is an instant hit. Because not everything in an artist’s life has to be a hit and it shouldn’t be. If you act with the intention of hitting it right away, you are not being honest with your work because you will then choose the melodies that attract people’s attention, not the good melodies.

Talking about his father Adnan Sami, Azan Sami said that there were problems between his parents since he was only three or four years old and then they separated. There was a distance between me and my father because of this separation but fortunately I grew up in an age where there are facilities like phone and video calling and then I also spent a lot of time in India where I was raised by my father. I had the opportunity to live with them and learn from them.

Azan Sami said but the truth is that my father never tried to influence my music but left me to work freely. Although it is not so easy. My father listens to my music. “As a son, I am the biggest fan of my father and whoever wants to argue with me on this, I am ready and I will definitely argue with him,” said Azan Sami. I listen to my dad’s music and try to understand it.

Azan Sami is not only married but also has two children. His son is seven years old and his daughter is five years old. He called his son the biggest critic of his music and said that all my music releases till date have been approved by my son first and then I have released it. There are a couple of songs that my son forbade me to listen to and then I didn’t release those songs even though they were a complete record.

Azan Sami said that like them, their children also have a tendency towards music and they try to create an environment for their children in which they can watch and learn and then find their own way when they grow up.