If people are awaking, no one can steal their vote, Maryam Nawaz 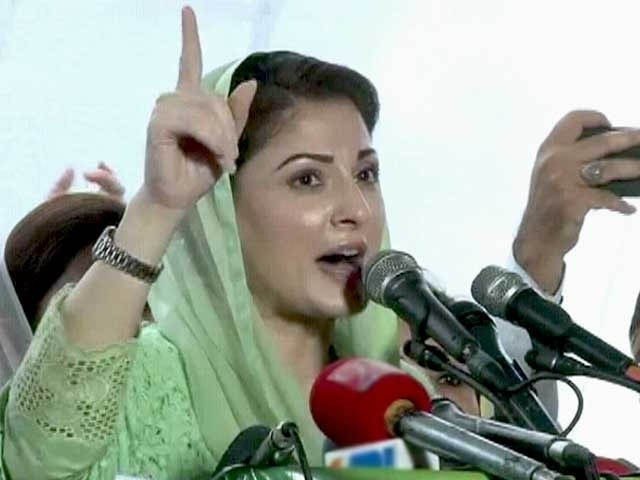 Addressing the workers at Daska Aloo Mahar, PML-N Vice President Maryam Nawaz said that in the by-elections here, not only the lion of the PML-N  21 years old Zeeshan became victiom of the greed of PTI but their own worker become victim. if she had knowledge about it that they can take lives then she gave them seat as charity.

Maryam Nawaz said that Daska proved that when the people are awaking, no one can steel their vote. She knew that the lions have to get their guarantees confiscated in Daska, the government did it for the sake of the seat. He did not use any tactic. Before the election, DPO and other officers used their will and by firing on Election Day, panic was spread.
The PML-N leader said that when our workers refused to be intimidated by the firing, the polling was slowed down, the doors of the polling stations were closed under the pretext of firing, after which they took ballot bags and ran down the narrow alley. Workers did not allow their votes to be stolen like in 2018 and caught the vote thieves fleeing.

Maryam Nawaz said that 300 votes turned out to be fake in the recount in the constituency, false spokespersons do not understand how to hide this lie, far-sighted people see fog, it is fog, it is the people and Imran Khan’s theft was caught here. This is Nawaz Sharif, this is the power of the people and this is his statement. Respect the vote which is speaking loudly. Those who chanted the slogan of thief were caught with red hands. The people found out who the real thief is. They stole flour, gas, electricity, medicines and votes and boxes. For the first time, the staff of the Election Commission also stole. Imran Khan should not request the Election Commission to hold the next election in fog.

The PML-N leader said that there is a request from the Election Commission that 22 crore people’s eyes are on you, the people have made you the protector of the sanctity of the vote, you have caught vote theft, now file an FIR against them and in the entire constituency. Re-elections should be held, re-polling should not be held until the assurance is given that votes will not be stolen.