Imran Khan himself is the founder of corruption, Mulana Fazal Ur Rehman 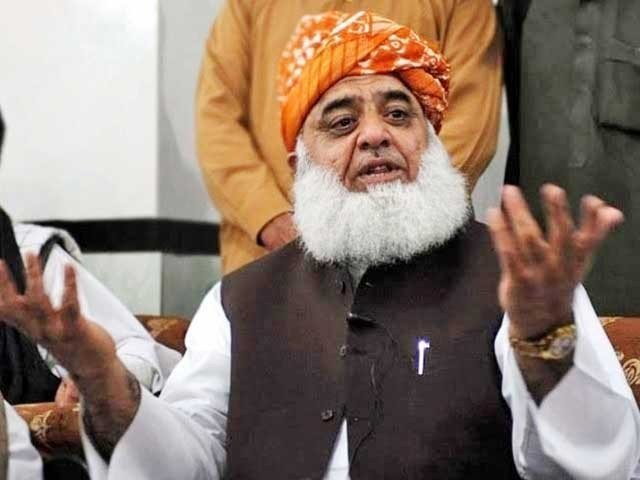 ISLAMABAD: PDM chief Maulana Fazlur Rehman has said that the government knows how to answer bricks with stones, you will not find a place to walk in the streets.

Addressing a press conference in Sukkur, PDM chief Maulana Fazlur Rehman said that the President had convened a fake sitting of the House on the summary of the fake Prime Minister. Imran Khan has spoken of taking the vote of confidence again after the no-confidence motion. Members were knocked on the door all night.

He said that I know that every member has been monitored by the agencies and how they have been forced to vote. The Prime Minister was not ashamed to take the votes of corrupt members. His majority in 2018 was also fake and is still fake. We do not recognize today’s meeting or the vote of confidence.

Maulana Fazlur Rehman said that today outside the parliament, thugs and scoundrels attacked the press conference of the nobles, they do not stay in the glass house and throw stones at anyone, the government should not let the footsteps of nobility go, You know how to answer with stones, you will not find a place to walk in the streets.

The PDM chief said that Imran Khan himself is the founder of corruption, how can he talk about the state of Madinah, he built the property himself and regularized the palace of Bani Gala for Rs 1.2 million, PIA employees Dismissed, what corruption did the steel mill employees do that they were fired from, they cut off our trade ties with the rest of the world, Imran Khan sometimes talks about the US, sometimes the Iranian system, sometimes the Chinese system is ideal. They say, who will trust you now, now this nation is not ready to be deceived anymore.

Maulana Fazlur Rehman said that Imran Khan repeated the same old words in the meeting today. Surprisingly, today Imran Khan again spoke about the state of Madinah. The country does not run with rhetoric. Fake rulers are today, not tomorrow. I declare that the PDM does not consider today’s meeting as constitutional, and has made decisions against the corrupt government.