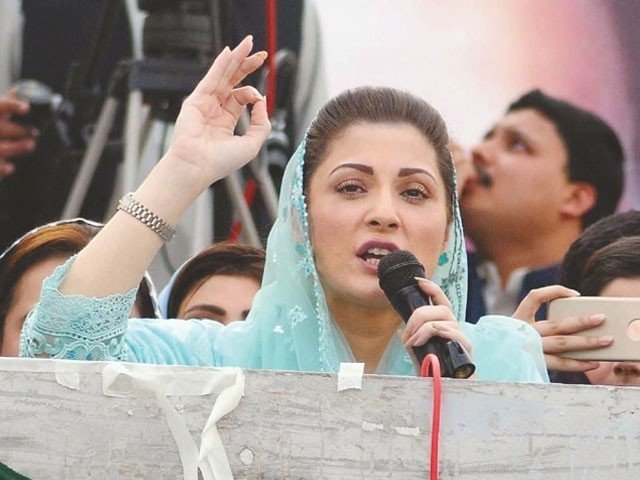 GUJRAT (C News) – Pakistan Muslim League-Nawaz (PMLN-N) Vice President Maryam Nawaz on Sunday said that Imran Khan is wailing day and night. The PTI chairman spent four years in negligence. Now he is saying that there is a conspiracy to kill me.

Addressing a rally in Gujrat the PMLN leader thanked the people of Gujrat saying that they have broke the record of the all the public gatherings. Even in the past, the PMLN supremo Nawaz Shairf had held a historic rally in the city of Gujart, the people here have decided on our support, she said.

She said Imran Khan is wailing day and night over his ouster and  PML-N will save the people from this evil [Imran Khan]. He is using the ‘Conspiracy Card’ to obscure his bad governance.

Maryam further added that to gain the sympathy of the people, former Prime Minister is saying that his life is in danger but when he was in power there was no conspiracy and there was no danger to your life.

Taking a dig at PTI chairman, she said that before the success of the no-trust motion, Imran Khan used to say that he was going to the polls. Now, the elections will be held when our leader Nawaz Sharif decides from London.

Nawaz Sharif has exposed Imran Khan and In his 4 years, the people became poor and their cabinet members became rich, Maryam added.