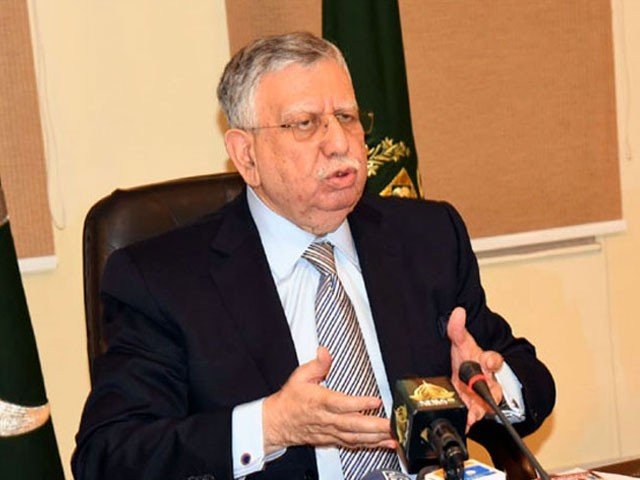 KARACHI: Former Finance Minister Shaukat Tareen has admitted the failures of his government and said that the PTI government had no economic plan.

Addressing a press conference at Governor House Sindh, he blamed the previous government for Pakistan’s economic woes and its turn to turn to the IMF.

He also termed the recent rise in the stock market and appreciation of the rupee as a result of ending political uncertainty and refused to give credit to the present government.
He said that the opposition knew that if the prices of commodities would come down then inflation in Pakistan would come down and then their game would end so Imran Khan was removed before that.

Presenting the data of the Ministry of Finance, he said that the nine-month fiscal deficit is 3.9 per cent of GDP which will remain at Rs 5,100 billion by the end of this financial year.

Shaukat Tareen said that the present government has to continue our policies to maintain economic growth.

He said that the rate of dollar should be between Rs. 172 to Rs. 174. In the current financial year, the growth rate of economic growth will be 5 percent.