India: 18 killed in Corona ward fire, 12 killed due to lack of oxygen 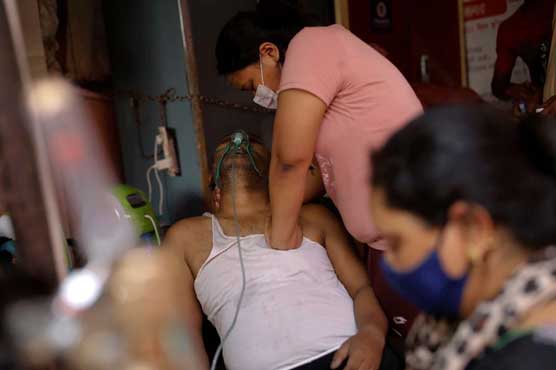 Gujarat: (Web Desk) A fire broke out in the Corona ward of a charitable hospital in the Indian state of Gujarat, leaving 18 people badly burnt to death. On the other hand, 12 people lost their lives due to lack of oxygen in a New Delhi hospital. Lost

According to Indian media, a fire broke out in the Corona ward of Bharuch Welfare Hospital in Gujarat due to a short circuit. The fire quickly reached the ICU in which 18 patients, including two nurses, were burnt to death.

A spokesman for Gujarat’s health minister said 12 fire brigade vehicles had been sent to put out the blaze at the hospital, while 40 ambulances had also been sent to transfer patients from Corona Ward and ICU to another hospital.

Firefighters battled the blaze after a four-hour struggle, while more than 50 patients were taken to four nearby hospitals, 20 of which are said to be in critical condition.

There have been three major hospital fires in India this year that have killed a total of 50 patients and injured nine, while the health system has been paralyzed due to lack of oxygen and overcrowding.

According to foreign media, 12 patients of Corona virus have died due to lack of oxygen in Batra Hospital, New Delhi.

According to the Press Trust of India, the dead included the chairman of the gastroenterology department at Batra Hospital.

Delhi Chief Minister Kejriwal told ANI that there was a severe shortage of oxygen and many hospitals had declared a state of emergency.