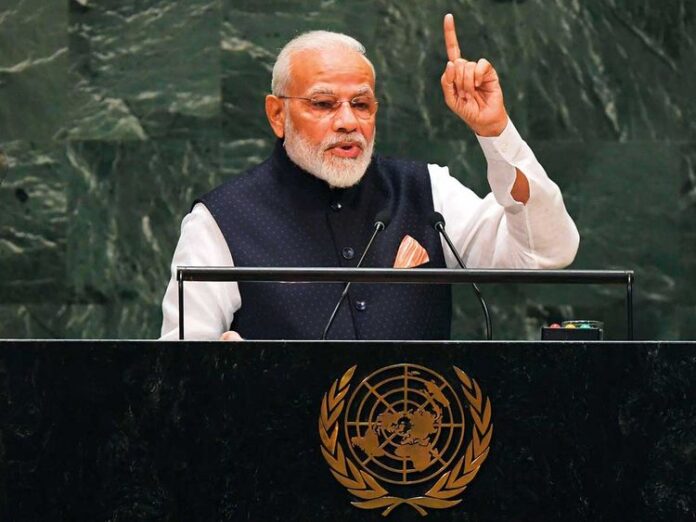 The world has progressed. Modern technology has changed the way people live, the way they think and even the clothes. But technology has not changed anything. The Indian rulers who call themselves modern democracy are still against Pakistan. Don’t let the opportunity go to waste. In fact, the current Indian rulers are openly violating the pre-arranged agreements. In this regard, India’s water aggression can be cited as an example, which has been resolved under the Indus Basin Agreement, but the BJP government is constantly busy building dams that violate the plan. The noise of Baglihard Dam has been heard globally but India does not care about it either. Some world countries have warned India that it is violating the Indus Basin project by building the dam but the Indian government I am not ready to bring in. Similarly, India is violating the borders every day as a result of which Pakistani soldiers and civilians were martyred. Pakistan called the Indian High Commission at every opportunity and recorded the protest but its To no avail. The issue of cross-border firing has been raised at the international level many times but despite this, India has not given up. In recent days also a delegation of foreign ambassadors and other observers visited the Working Boundary and the Pakistan Army Spokesperson DG ISPR presented all the facts to them. The matter was once again brought before the world. Gone but not resolved. Similarly, in occupied Kashmir, India is showing stubbornness. The months-long lockdown has made the lives of Kashmiris in occupied Kashmir miserable. Even during trials like Corona, Kashmiris were not allowed to go to the hospital for treatment. It has been going on and it is still going on but it is India that has closed all the doors to Kashmiris. The Turkish President has raised the issue of Occupied Kashmir at various occasions in the United Nations. Similarly, the Prime Minister of Pakistan in his speech Have talked about the latest situation in India and India’s stubbornness and also highlight this issue in the world. Prime Minister Imran Khan has made it clear that the issue could lead to a war between the two nuclear powers at any time, which could be a major threat not only to regional peace but also to world security, but to India in any aspect or threat. Is not ready to bring it to the fore. It is bent on destroying world peace in any case. Occupied Kashmir is an issue that if not resolved, the world will have to pay a heavy price. Now all these issues are in place. But the Indian court, while announcing the verdict of Babri Masjid, did a marvelous job. How was this historic mosque demolished? Who was involved in this conspiracy? Who incited the people to attack this mosque? It was seen not only by Pakistanis but on TV screens all over the world. Demonstrations were held in the city but despite this the holy place of Muslims was desecrated but the court did not find any evidence against any conspiracy. The Indian court, including Advani, accused everyone of being involved in the conspiracy. Declared wrong – as if this decision showed the hearts of Muslims – as well as the attitude towards Muslims inside India for the past one year – so many Muslims have been martyred by Indian security forces so far. The number of Muslims who were tortured was not even forgiven to the students studying in the educational institutions. The students were subjected to the worst torture by entering the educational institutions. These scenes were also seen all over the world. And all over the world, including Pakistan, voices were raised against him and protests were made, but India is not ready to bring anyone to mind. Now the question is who and how will stop this aggressive, cruel and inhumane behavior of India? Will the world play a role in this or not? India’s conflict with China is also going on. In Ladakh, it also faced humiliation at the hands of China, but still India did not back down. It has become necessary to stop India from taking aggressive measures to save world peace from threats. The situation is very complicated for Pakistan because relations with India cannot be improved until the issue of Occupied Kashmir is resolved. Every day India is creating problems for Pakistan which will cause difficulties for Pakistan. It has become necessary to adopt a strong policy towards India and take steps at the global level to prevent India from destroying world peace.