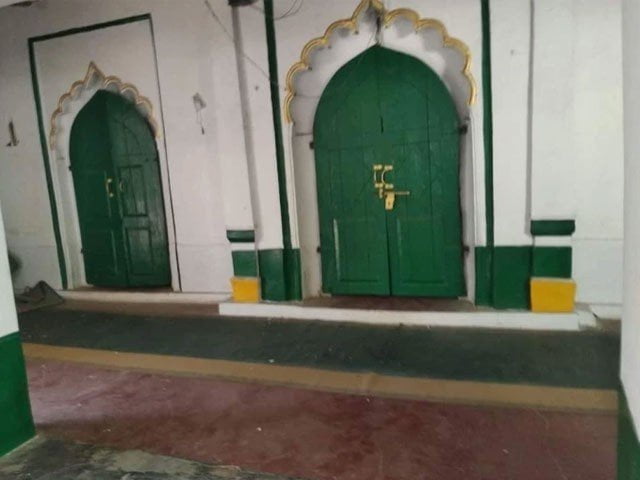 Lucknow: The BJP state government in India demolished a 100-year-old historic mosque with a bulldozer, sparking a wave of outrage among the Muslim population.

According to Al Jazeera, the mosque known as Gharib Nawaz in Bara Banki area of ​​Uttar Pradesh was built during the British rule in the subcontinent. The Muslims announced to go to the High Court on the matter.

Last night, thousands of Indian police surrounded the mosque and banned the movement of people to quell Muslim protests. Then the mosque was demolished and its rubble was dumped in the river. Curfew was imposed and no one was allowed to open the window.
Uttar Pradesh, India’s most populous state, has had a BJP government since 2017 and Hindu extremist Yogi Adityanath is the chief minister. The state has a population of 200 million of which Muslims constitute 20%.

The Uttar Pradesh Sunni Central Waqf Board condemned the martyrdom of the mosque and other Muslim properties in the state, saying the government had violated a court order by issuing a stay order till May 31. The board declared it an illegal crackdown by the government and announced to go to court against it.

Board Chairman Zafar Ahmad Farooqi said that this move is illegal, abuse of power and blatant violation of court orders, we will go to court to rebuild the mosque and request for strict action against the officers involved in the martyrdom of the mosque. Will do

Syed Farooq Ahmed, a young local resident, said that the administration had banned prayers in the mosque for a month and had also built a wall at the entrance against which the people protested. The police beat them and arrested them and various cases were registered against them. The local Muslim population was also intimidated by threats.

He then issued a show cause notice to the mosque committee saying that the mosque was built in front of the house of a government official. According to the court order, all the alleged illegal religious structures obstructing traffic would be demolished.

Surprisingly, the plot number written in the show cause notice does not belong to the mosque itself, while the mosque is 100 feet away from the road, which does not cause any disruption in the flow of traffic, the mosque committee said in its reply. He mentioned all the facts but the government did not listen to him.