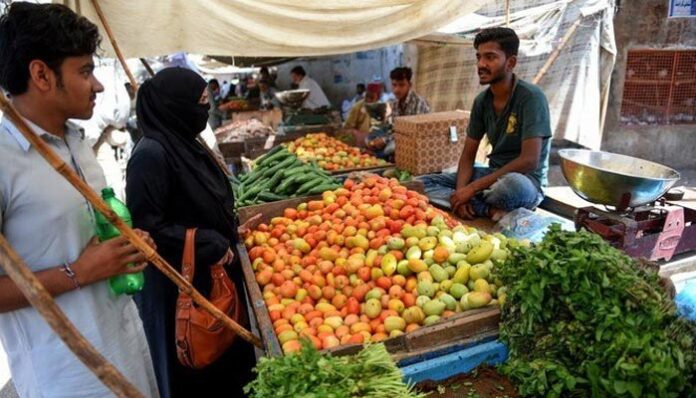 ISLAMABAD: The inflation rate in Pakistan spiked to 21.3% in June — the highest pace since 2008 —  because of exponential growth in the prices of petroleum products, the Pakistan Bureau of Statistics (PBS) reported on Friday.

According to the PBS, the CPI-based inflation rate jumped 19.8% in urban areas and 23.6% in villages and towns.

Speaking to Geo.tv, an analyst from Arif Habib Ltd, Sana Tawfiq, said that the inflation rate was “way above the market expectation.”

“An increase came on the back of three sectors — food, transport, and housing and electricity,” she said, identifying four major reasons behind the whopping increase:The analyst was of the view that the impact of a significant increase in the price of petroleum products as the coalition government rolled back the subsidies provided by the Imran Khan-led government was significantly reflected in June’s inflation rate.

Tawfiq elaborated that an increase in electricity tariff played a major role in the rise of the housing index.

The inflation rate remained double-digit — which has eroded people’s purchasing power — due to an increase in the prices of food items and petroleum products, which are now taxed by the government. The pace of food inflation surged by 24% in cities and 27% in villages and towns last month.

The prices of both non-perishable and perishable food products increased significantly last month. The food group saw over a 24% increase in prices in June compared to the same month a year ago. Prices of perishable food items increased by 36.34%, according to the PBS.

Non-food inflation increased by 17.3% in urban areas and 20.4% in rural areas, according to the national data collecting agency.

Core inflation — calculated after excluding food and energy goods — jumped by 11.5% in urban areas and 13.6% in rural areas. Tawfiq maintained that a continuous increase in core inflation was “alarming”.

The prices of onions — an essential kitchen item — were higher by 124.3% last month compared to a year ago, followed by a 121.72% increase in the rates of tomatoes, and around 75% of various types of ghee and cooking oil, according to the PBS.

Weekly inflation — based on the sensitive price index (SPI), spiked to a decade high of 32.01% on a year-on-year basis during the week that ended on June 30.

“Going forward, the CPI inflation rate would remain under pressure for the next two months; it would start easing from September onwards; however, it would still stay in double digits,” the analyst said.

Regarding the monetary policy rate, scheduled to be announced on July 7, she noted that the central bank is expected to raise the policy rate by another 100 basis points.