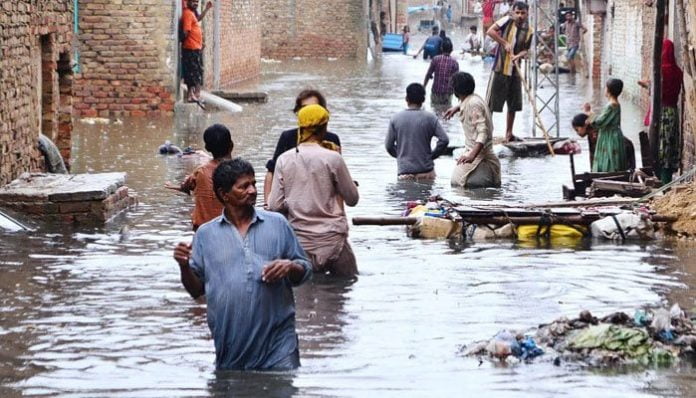 Like many, I have followed the news of the devastating floods in Pakistan with a mix of horror at the tragic suffering and awe at the heroic efforts to try and help.

Pakistan has experienced floods in the past, but these do seem to be on a different scale and demand a fresh approach both in the immediate humanitarian response, as well as the future planning to ensure that we are better prepared for the next, sadly inevitable, disaster.

Part of preparing for the future involves understanding the past, both in the region as well as further afield. We may have some lessons to learn from other disasters that were poorly managed but have now been extensively dissected to figure out what went wrong and why.

The aftermath of Hurricane Katrina which struck the Gulf Coast of the United States in 2005, was a tragedy that might be called a natural disaster, but like the floods in Pakistan, the aftermath was severely exacerbated by human decisions.

Some of these decisions were arguably innocent, while others were the consequence of generations of inequalities and discrimination against vulnerable peoples.

In that hurricane, more than millions of people were affected with tens of thousands forced to relocate. We didn’t use the language of Internally Displaced People (IDP), which we might have had the disaster occurred in Pakistan (or any other global south country), but these were effectively IDPs. There was, and remains, extensive criticism of the US government’s response and the sustained neglect of neighbourhoods in New Orleans where predominantly poor and Black communities live. I went to a conference in New Orleans more than five years after Hurricane Katrina and there were still countless ruined houses that had not been replaced or repaired in poor neighbourhoods. Clearly, nature is only partially the cause of the disaster.

At that time, I wrote an article with Michael D Fischer, in which we argued that there are a variety of social science tools policymakers might employ to prepare for, and adapt to, such circumstances.

We were concerned that Houston, which had received tens of thousands of IDPs in an extremely short period of time, was not coping well with the influx. We are both anthropologists, so our recommendations were borne out of an understanding of cultural misunderstandings that can lead to conflict.

We hoped that by providing city planners, school teachers, health care practitioners and other frontline support personnel with a better understanding of some of the subtle ways that communities may differ in the way they make sense of their surroundings, we might ease the trauma for both IDPs and their host communities.

Fischer and I are both anthropologists who carry out research in Pakistan, rather than the US states on the Gulf of Mexico, so we didn’t attempt to model potential cultural conflicts for Houston. Instead, we demonstrated how it is possible to formally model foundational ideas that shape people’s sense of well-being and cultural values.

We used the concept of izzat, a powerful idea system in Pakistan. Using relatively simple computational tools for building formal ontologies, we tried to show how it is possible to disentangle seemingly opaque core ideas in ways that reduce misunderstanding. Reducing misunderstanding may not help when people are intent on initiating conflict, but it’s extremely useful when people are trying to avoid conflict.

As I read the news of the millions of people experiencing unimaginable suffering and destitution, I cannot help but wonder if Pakistan may face the same challenges in the coming months that the US experienced in finding ways to accommodate people who may look superficially similar, but may genuinely be processing the world around them in subtly different ways.

False friends, in language, are words that look like they should mean the same thing but do not. Fischer and I argued that the term izzat was potentially just such a “false friend”. Every Pakistani will know what that word means, but what constitutes “good” izzat, we thought, might be dangerously different depending on the community a person came from. If doing good izzat were restricted to good hospitality, then there might still be a problem since the threshold for good hospitality varies rather a lot in different places. When the Government of Pakistan tried to restrict wedding meals to just a cup of tea and biscuits, the disgust I saw on some people’s faces was tangible. Of course, izzat cannot be reduced to hospitality, so the complexity and potential danger of doing it “badly”, is significant.

Right now, the priority for the IDP must certainly be housing, food, medicine and security. Fairly quickly, however, people will need help in accommodating the radical changes to their lives.

This is both the IDP and the host communities, who I sincerely hope will understand that it is incumbent on all of us to adapt to our new communities. Such adaptation may be made more feasible by a more robust awareness of when we might be using the same words but mean very different things.

Sadly, providing that kind of detailed social-cultural-technical help may not be as rapidly deliverable as the urgent health care that is currently being provided by my colleagues from AKU’s team of health care professionals.