Is this three-story building sinking in the river? 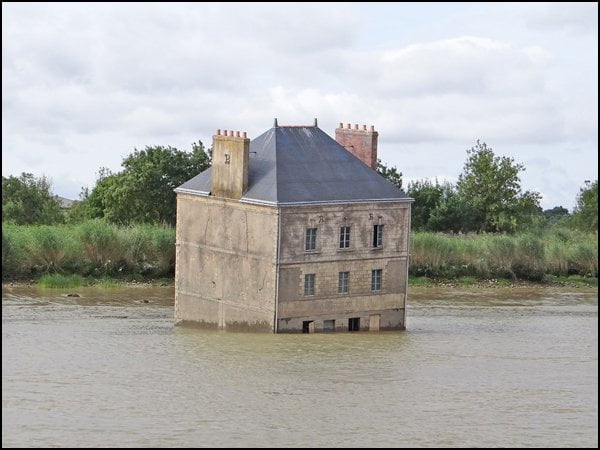 Paris: The three-story crooked building in the picture looks like it is sinking in a river, but nothing like that.

In contrast, the building is actually the brainchild of the famous French artist Jean-Luc Corcot, who won the contract to build it in 2007 after a competition. 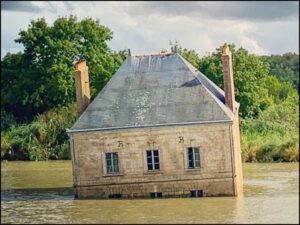 According to the details, France’s “Eschwire Art Exhibition” had invited international artists in 2007 to create a large piece of art to highlight the beauty of the “Louvre” river and surrounding areas.
Corcoult suggested that an original three-story building near the Loire River be duplicated and dumped into the river, making it look like it was sinking into the river’s floodwaters. It was much preferred and Corcoult was awarded the contract to build the building. 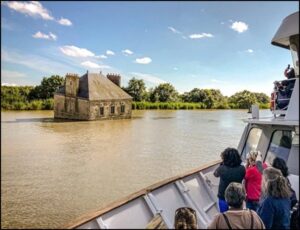 Today, the place is a special place for visitors to the Loire River and its environs. Tourists who want to see it up close are taken in a large boat for a good fee.