Islamophobia too readily overlooked in West 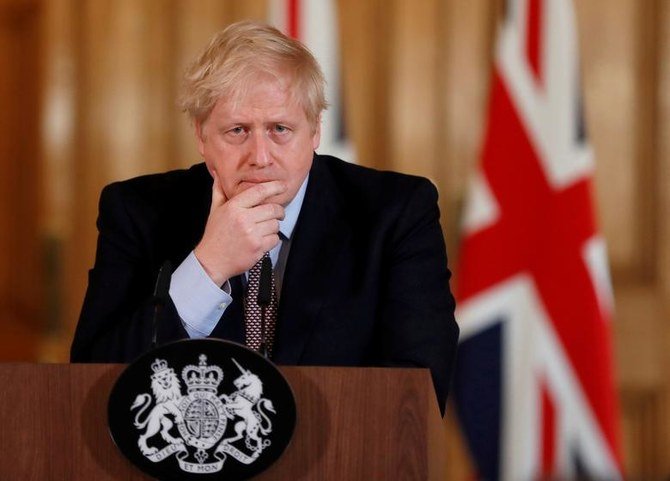 An inquiry into Islamophobia within the British Conservative Party returned its verdict last week. While it did not find the party guilty of institutional racism, it certainly highlighted disturbing trends. What it did not do, however, is end the debate — one that is ever more relevant, as anti-Muslim hatred remains so pervasive not just in the UK but in many non-Muslim-majority countries.
Without delving into every finding, what is clear is that Conservative Party members have, over recent years, uttered a large number of anti-Muslim comments. The party’s leadership is at fault, not least Prime Minister Boris Johnson. Back in 2018, before he became PM, Johnson described, in a newspaper article, Muslim women who wear the burqa as looking like “letterboxes” and “bank robbers.” He last week again refused to apologize, while admitting he “would not make such remarks now that he was prime minister.” This is as close to confessing he was wrong as he will go.
Remarkably, the panel determined that “in a democratic society, it should be careful not to be overzealous in its scrutiny or censure of language.” Imagine if this had been stated about disparaging comments about black people or Jews. The outcry would be huge. The double standard very much remains that Muslims, and indeed Arabs, are often fair game and those who indulge in Islamophobia are held to a different standard than those who utter anti-Semitic or racist comments.
Few commented that, at the same time the report was published, Johnson was preparing to welcome the anti-Muslim Hungarian Prime Minister Viktor Orban to Downing Street. Orban’s record of anti-Semitic comments was also overlooked, even by many of those who had been so vocal on the issue in recent weeks. He is accepted by some because he is a paid-up member of the anti-Semites for Israel club and a warm friend of Benjamin Netanyahu.
Prominent Tory Muslims like Baroness Warsi, the former party chairman, believe that a fully independent investigation is required — not one appointed by the party. This is what happened when the Labour Party stood accused of institutional anti-Semitism. Islamophobia in the Conservative Party should be treated just as seriously.
Once again, Islamophobia does not get the attention it deserves or the acknowledgement of how widespread this issue has become. Similarly, anti-Arab racism rarely gets a mention in mainstream discourse, even though it too is frequent and vicious, if often subsumed in the Islamophobia debate. Imagine the outrage if one of the most revered synagogues in the world was invaded by the armed forces of a foreign state using stun grenades, tear gas and bullets, as happened at Al-Aqsa Mosque.
Conflict fuels hatred. The escalations in the Occupied Territories and Israel over the last two months have seen tensions triggered elsewhere. Once again, outbreaks of Islamophobia and anti-Semitism have soiled the streets of Europe, the US and elsewhere. The bigots feel entitled and empowered to release their pent-up fury on those who have nothing to do with events in the Middle East, as if somehow it is justified in their foul little universe. One incident in London, where six cars drove through a largely Jewish neighborhood with the odious passengers screaming unprintable obscenities against Jews, was one of the worst examples.
It seems these extremists feel empowered by conflicts to vent their hatred. Jewish communities in Europe are not responsible for Israeli crimes, just as Muslims worldwide are not responsible for the crimes of Al-Qaeda or Daesh.
Sadly, such hatred is not confined to the streets, but is also found in newspapers, the broadcast media and, perhaps most notably of all, online. Collective demonization is frequent. The presence of a few overtly anti-Semitic banners at a protest in London led some to demonize all 180,000 protesters as anti-Semitic and being in a pro-Hamas march, as opposed to one devoted to Palestinian rights. High-profile football stars like Paul Pogba and Mo Salah were slammed for showing solidarity with Palestinians, as if supporting Palestinian freedom and rights was a crime. The New York Times ran a front page filled with the images of the 67 Palestinian children recently killed in Gaza, but this was too great a humanization of Palestinians for some, who made a grand show of canceling their subscriptions.
For all the myriad examples of Islamophobia and anti-Arab attitudes one can pick out in the Western media and in political discourse, what really highlights the scale of the challenge are the policies of various Western governments toward the Arab and Islamic worlds and the overall reaction to events in the Middle East. If an Arab is executed on camera by Daesh, hardly anyone bats an eyelid, but if it is a Westerner then hold the front page. If Americans were being killed in their thousands, do you think US leaders would be seen to say, “We don’t do body counts?” But when 2 million Palestinians in Gaza are stuck in an open-air prison under blockade for 14 years in subhuman conditions and the world does nothing, what message does that send about American and European attitudes toward Arabs and Muslims?
American and European racist attitudes are most clearly on show in terms of immigration. Rather than welcoming Syrian refugees fleeing an extraordinarily brutal regime and the uber-extremists of Daesh, many EU states put up barriers. Denmark is even trying to send Syrians back to their country, declaring it to be safe. Donald Trump in 2015 called for a “total and complete shutdown” of Muslims entering the US and he attempted to make this a reality when he became president. The Republican Party has yet to properly distance itself from this policy.

Muslims see that, more often than not, Muslim-bashing is extremely electorally profitable.

Such positions do not cost politicians their jobs. Muslims see that, on the contrary, more often than not, Muslim-bashing is extremely electorally profitable. This is particularly noticeable in France, where President Emmanuel Macron has upped his rhetoric, describing Islam as a faith “in crisis all over the world.” His likely opponent in next year’s presidential election, Marine Le Pen, was not to be outdone and recently proclaimed that France was at risk of “civil war.”
Holding members of a single political party accountable for their racism is admirable. However, this is just a minor step when true and long-lasting change also has to be driven from the top. It requires leadership to challenge a host of inherited attitudes and prejudices against Muslims and Arabs, as well as others, that still inform policies. At present, it is hard to see where this leadership is coming from. (Courtesy Arab NEWS)