it will be difficult to withdraw troops from Afghanistan, US President 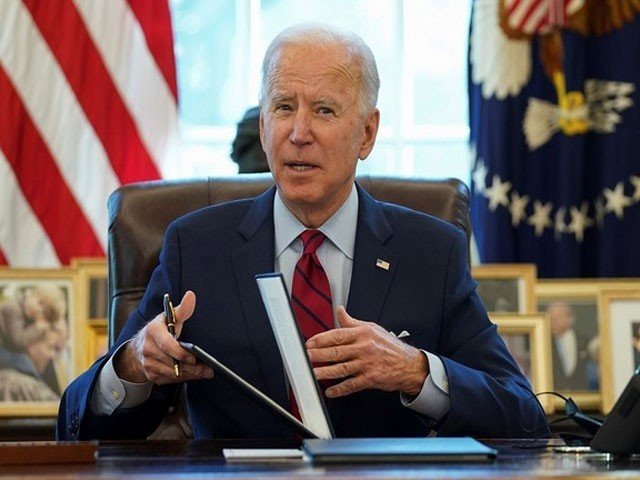 Washington: Biden says it is difficult to withdraw US troops by May 1, according to an agreement with the Taliban.

According to a foreign news agency, in an interview with American TV, when asked about the complete withdrawal of US troops from Afghanistan, Biden said that according to the agreement, it is possible by May 1, but it looks very difficult. ۔ I am making a decision in this regard.

It should be noted that the agreement reached with the Taliban under President Trump last year agreed on the complete withdrawal of US troops from Afghanistan by May 1, 2021.
The Taliban has also reacted to President Biden’s statement. Speaking to a US news agency, the Taliban spokesman said that if the US did not withdraw its troops within the stipulated time, it would have to suffer the consequences. The move will further strain the troubled home peace process.

In the interview, President Biden criticized the policy of his predecessor, President Trump, saying that no concrete talks were held while reaching an agreement with the Taliban. Now that I have the presidency after Trump, I will have to pay the price for the time and circumstances to bring this agreement to fruition.