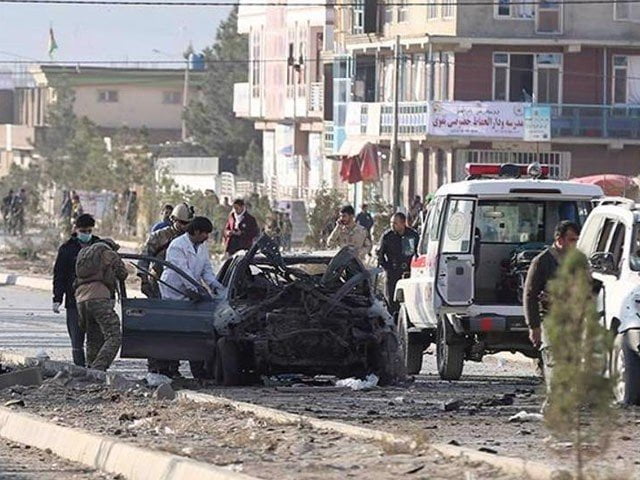 KABUL: Three cars were blown up in different parts of the Afghan capital, killing five people, including a woman, and injuring four others.

According to the International News Agency, three explosions took place in different places in Kabul today and surprisingly, in all three explosions, a Corolla car was targeted. All three were civilians in the car, while one woman and children were also in the car.

The first blast took place on Darulaman Road in which fortunately no one was killed. However, two persons in the car were seriously injured. One of them is in critical condition while the second blast took place in Karta Parwan in which three persons including a woman were killed.
The third blast also targeted a Corolla car, killing two and injuring two. Police termed the three operations as target killings and said that an investigation was underway to find similarities between the three incidents.

It should be noted that no progress has been made in the talks between the Afghan Taliban and the Kabul government in Doha, while since January this year, there have been 39 bomb blasts and eight armed attacks in Kabul alone, killing 51 people and injuring 71.