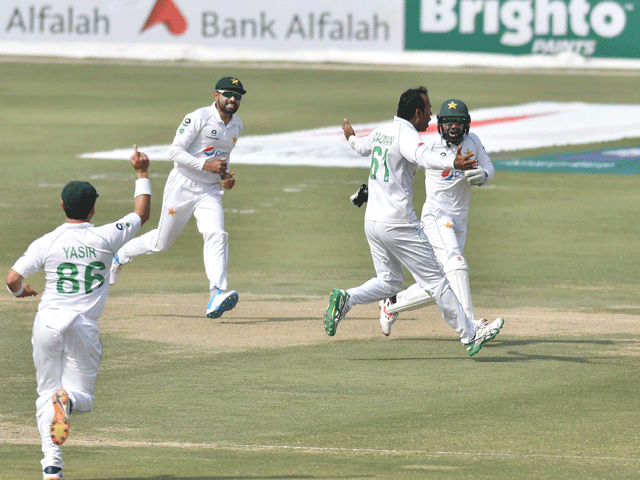 Karachi: In the first Test match between Pakistan and South Africa played in Karachi, the position of the host team improved, the visiting team scored 187 runs for the loss of 4 wickets and took a 29-run lead.

According to the details, on the third day of the first Test match of the series being played at the National Stadium, Pakistan started the innings with 308 runs for the loss of 8 wickets. Hassan Ali and Noman Ali were present on the wicket. Hassan Ali showed some hands at the beginning of the day but Kagisu Rabada ended his short innings of 21 runs by scattering his wickets. With this wicket, Rabada also crossed the milestone of 200 wickets in Test cricket.

South Africa hoped to end Pakistan’s innings soon but Yasir Shah and Noman turned their goodwill away from aggressive batting. Both the players especially Yasir Shah batted well which helped Pakistan to increase their lead. Noman and Yasir put on an excellent 55-run stand for the last wicket and the partnership ended when Noman returned to the pavilion after scoring 24 runs.

Pakistan’s entire team was bowled out for 378 runs and Pakistan took a 158-run lead in the first innings to strengthen its grip on the match, Yasir Shah remained unbeaten on 38 runs. Rabada and Maharaj took three wickets each.

South Africa started the innings after a 158-run deficit, but the openers batted well and did not allow any wickets to fall until the lunch break. Pakistan’s first victory came after the lunch break when 29-run batsman Dan Elgar caught the wicketkeeper. Mohammad Rizwan made a great catch. 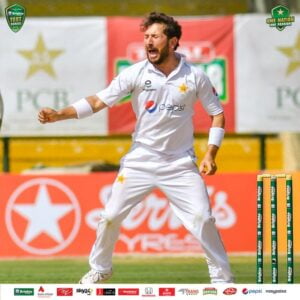 After the first wicket fell, Van der Dawson came to support Markram and both of them showed excellent batting and did not allow any wicket to fall in the second session.

Both the players gave their team the lead with a loss and put up an excellent partnership of 127 runs for the second wicket. The partnership ended when Yasir Shah’s ball was caught by Abid Ali and moved to Dawson who played a 64-run innings. Pakistan did not have to wait long for the next wicket and Faf du Plessis scored 10 runs. Later, Yasir Shah became the third wicket in the innings. However, before the end of the day, South Africa suffered a setback when Mercury at the other end, after scoring 74 runs, gave the wicket to Noman Ali. When the game ended on the third day of the match, South Africa lost 4 wickets. He scored 187 runs and has a lead of only 29 runs in the second innings. For Pakistan, Yasir Shah took three wickets and Noman Ali one.