Kashmir issue should be resolved under UN resolutions, Turkish President 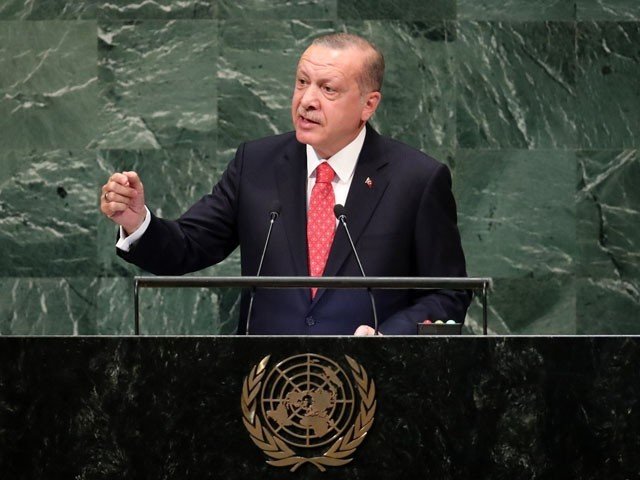 GENEVA: President Tayyip Erdogan in his address to the General Assembly has called for resolving the Kashmir issue under UN resolutions and said that Kashmiris have been waiting for self-determination for 74 years.

According to the World News Agency, addressing the 193 members of the 76th session of the UN General Assembly, Turkish President Tayyip Erdogan said that Kashmir is a burning dispute and it is the guarantor of stability and peace in South Asia.

Turkish President Tayyip Erdogan called for resolving the decades-old Kashmir issue on the basis of UN resolutions, saying that India had further complicated the issue by removing the special status of Kashmir.
The Turkish President said that the oppressed people of Kashmir have been waiting for their right to self-determination for 74 years. They are waiting to see when the UN resolutions will be implemented.

It is to be noted that Turkish President Tayyip Erdogan has already raised his voice in favor of Kashmir in several international forums on which India had declared Kashmir as an internal matter and asked the Turkish President not to interfere in our internal affairs.