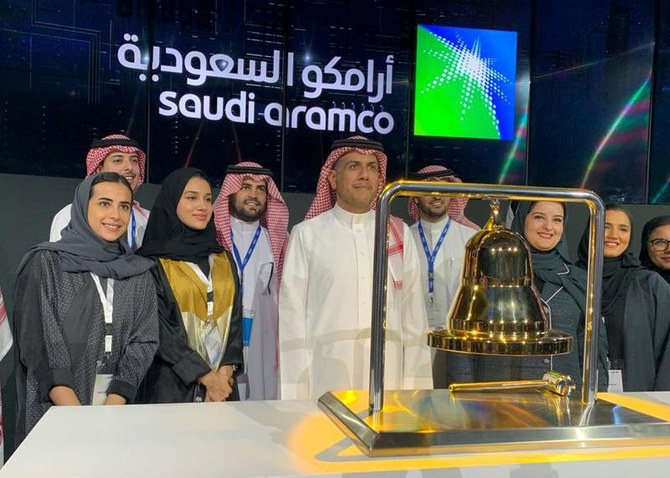 The Gulf capital markets embarked on the 21st century with a great deal of promise, supported by ambitious regulatory, institutional and technological change.

While the spectacular oil-fueled rally eventually crashed in 2006, the region made impressive progress in popularizing the idea of stock market listings. A total of 59 initial public listings took place across the GCC between 2001 and the first half of 2006. They reached a total value of $15.5 billion.

Despite the stock market plunge of 2006, the regional IPO stream continued to new highs of 35 in 2007 and 26 in 2008, with close to $12 billion of new capital raised each year. Ultimately, the onset of the global financial crisis brought this era of rapid capital market development to an abrupt end. The number of IPOs hovered around 10 in most of the subsequent years. The main reason it was not even lower was because of regulatory requirements for certain types of companies, such as Saudi insurers to list.

Particular lows were recorded during the phase of fiscal consolidation triggered by lower oil prices in 2015-2016 with six and four listing, respectively. But even this period of relative stagnation was not devoid of exceptional achievements, such as the 2014 listing of the National Commercial Bank and the 2019 Saudi Aramco IPO.

A temporary high of 27 IPOs was reached in 2017 but the value of capital raised was relatively low at just under $2.4 billion. Saudi Arabia is the only regional stock market to have seen at least some IPO activity every single year since the turn of the millennium.

The pandemic delivered a new blow to the Gulf IPO market. Only seven companies came to the market in 2020, raising a total of just over $1.6 billion. With the virus still continuing to mutate and wreak havoc, the expectations for 2021 were mixed at best, despite a long list of interested companies. Yet an important inflection point now appears to have been reached and 2021 is suddenly delivering a major renewal of the Gulf IPO story, albeit one effectively limited to Saudi Arabia and Abu Dhabi up to now.

What has happened? After a spring overshadowed by the delta variant, the economic recovery has gathered steam across the Gulf, while vaccination rates and business confidence have climbed to high levels. Economic activity has largely normalized while the stronger global demand growth has pushed commodity prices to levels where budget deficits across the region are closing.

The strategic approach to economic policy is delivering results, not least because of the growing popularity of record-breaking renewable energy projects. The regional stock markets have rebounded in line with a worldwide market boom. TASI reached a 15-year high in October, up 31 percent year-to-date, partly fueled by SR20 billion ($5 billion) of foreign capital. ADX is up by 66.4 percent.

The new IPO wave seems to have the wind in its sales, with major companies expected to tap the market, including Saudi Tadawul Group, Abu Dhabi Ports, Dubai Electricity and Water Authority, and possibly even Emirates airline.

Another important driver of change is the growing interest by local sovereign funds to monetize some of their holdings in order to raise capital for new investments. This has resulted in several very large stock offerings of close to or more than $1 billion. Mubadala listed a stake in Yahsat in the first Abu Dhabi IPO since 2017. ADNOC offered shares in ADNOC Drilling and Fertiglobe. International Holding Company listed three group businesses. In Saudi Arabia, the Public Investment Fund monetized some of its holdings in Solutions by STC and ACWA Power, the latter raising $1.2 billion.

All these offerings were oversubscribed multiple times. Encouragingly, also purely private businesses have started to tap the capital markets, most notably in Saudi Arabia, which saw successful listings of Tanmiah and Burgerizzr, for example. Regional startups and also sovereign funds have begun to eye SPAC opportunities in the US.

The Gulf markets are also supported by a renewed wave of regulatory and institutional reform. Saudi Arabia’s NOMU is developing momentum as a platform for smaller companies and other regional bourses are following suit. First Abu Dhabi and then Dubai announced IPO funds to encourage more private businesses to come to the market. There has been some further relaxation of foreign ownership restrictions and new avenues for bonds and sukuk.

The new IPO wave seems to have the wind in its sales, with major companies expected to tap the market, including Saudi Tadawul Group, Abu Dhabi Ports, Dubai Electricity and Water Authority, and possibly even Emirates airline.

This renewed momentum marks a major step for the development and diversification of the GCC financial markets. This is resulting in a welcome broadening of capital raising mechanisms at a time when government fiscal consolidation is putting pressure on the financial sector to do more. This structural shift can serve as an important source of resilience and growth for the Gulf corporate sector in the years ahead. The ultimate beneficiary of more diverse financial markets and stronger businesses will be a more dynamic economy.(Courtesy Arab News)