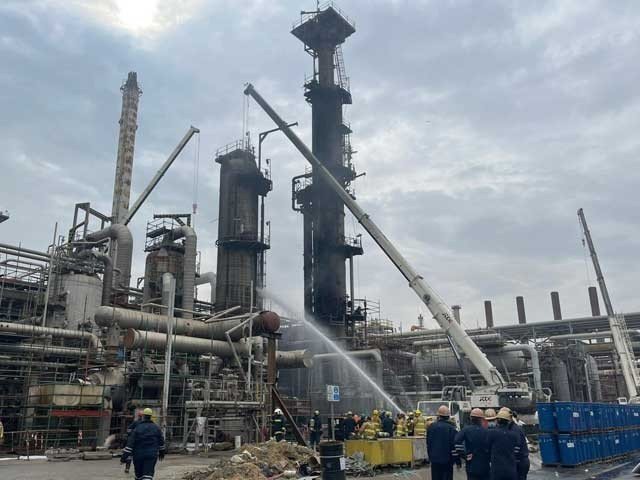 The Kuwait National Petroleum Company (KNPC) issued a statement on Friday stating that two Asian employees were killed and five others were injured in a fire at the Manal al-Ahmadi oil refinery. Three of them were taken to Al Aden Hospital in critical condition.

Two other employees injured in the incident have been sent home after receiving medical treatment at the company’s hospital.
According to the company, both the deceased employees were performing their normal duties at the spot. KNPC has confirmed that the export operation has been stopped after the incident. According to the latest reports, the fire brigade was able to contain the blaze and the cooling process was underway.

Earlier, a fire broke out at the refinery while repairing machines, in which 10 employees were burnt and injured. According to Al Arabiya, the refinery refines 25,000 barrels of oil per day, meeting the demand of the local market.