Lack of sleep can make us accustomed to eating strange things, research says 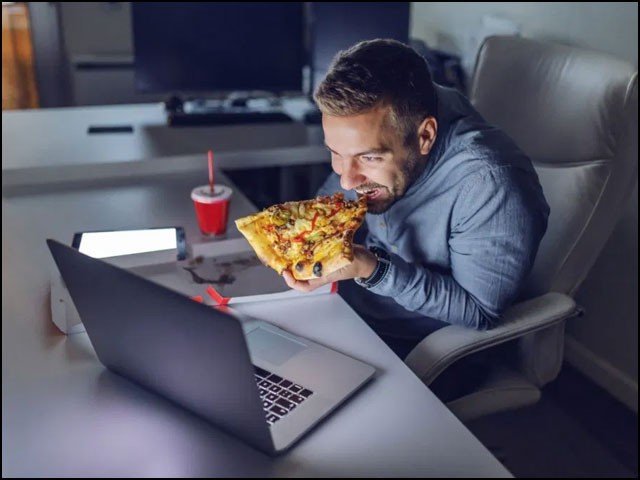 Ohio: American experts have discovered that people who sleep less can become obese by becoming addicted to straight foods.

So far, many heart and brain diseases have been linked to more or less normal sleep.

However, this is the first study to show how less sleep than usual leads to obesity.

A study by Ohio State University professor Christopher Taylor and colleagues found that most people who sleep less than usual often feel the need to eat something when they are awake late at night.

To meet this need, they eat chips, burgers, broths and other items that are counted among the “junk food”.

They don’t even do physical activity (such as walking) after eating such things at night. As a result, the fats, sugars, caffeine and carbohydrates in these foods accumulate in large amounts in their bodies.

If this routine continues for a long time, then those people also become obese quickly, no matter how hard they work during the day.

According to Professor Taylor, another possible reason for this is that in trying to stay up late at night, we use more of the things that are ready in less time and which give us more energy sooner when we eat or drink. Come on

“It may be temporarily beneficial, but in the long run it can lead to weight gain,” said Professor Taylor.

Details of the study are published online in the latest issue of the Journal of the Academy of Nutrition and Dietetics.