largest 3D map of the universe  presented for the public 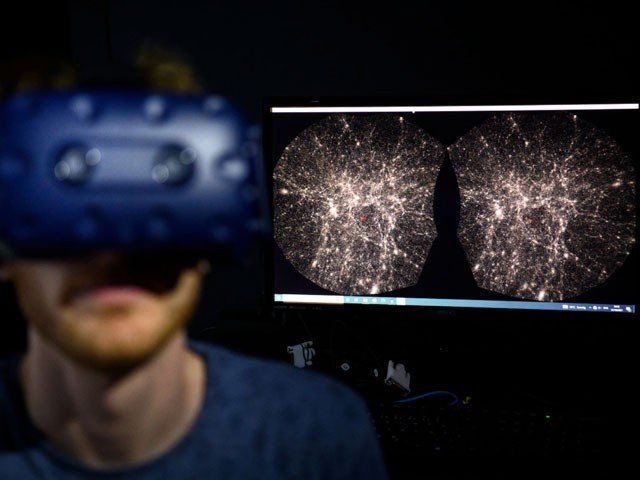 GENEVA: Scientists in Switzerland have unveiled the world’s largest 3D map of the universe to the public, allowing you to travel from home to the International Space Station, the moon and the planets of the solar system to distant galaxies such as You are there yourself. 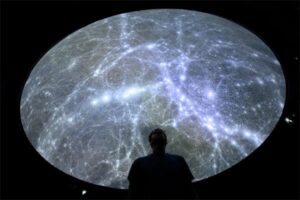 The Virtual Reality Universe Project (VIRUP) is an open source software that combines countless observations and data from large ground and space telescopes into 3D. Shapes the scene.

The scene can also be easily viewed on a virtual reality headset, panoramic cinema with 3D glasses, a domed plantary screen or a spot computer screen.
This software has been developed by the experts of EPFL, a well-known research institute in Lausanne, Switzerland, with years of hard work, which is not only free but also open source. You can also download the source code for free and change it to suit your needs. 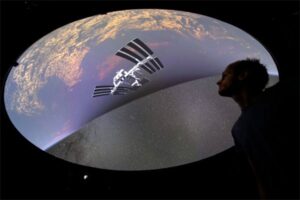 It should be noted that this software is not only for the public but also scientists and astronomers will be able to benefit from it without any compensation and will be able to help in their research. Used to store information on thousands of extraterrestrial planets (exoplanets), millions of galaxies and space objects, as well as more than one and a half billion light sources in our Milky Way galaxy.

This software will continue to be updated in the coming years, and will include millions of meteors orbiting our solar system, as well as databases of giant nebulae and distant pulsars (neutron stars). ۔