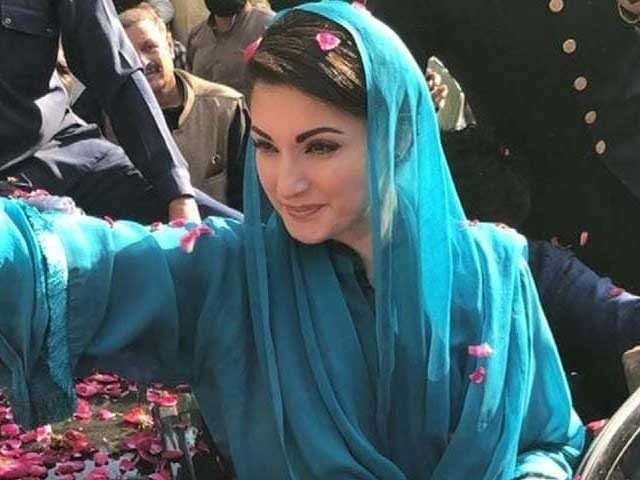 PML-N Vice President Maryam Nawaz has been summoned by NAB on March 26, however, in view of the fear of arrest, Maryam Nawaz has approached the Lahore High Court.
Maryam Nawaz Jati Amira appeared before the Lahore High Court for security bail in the land case and filed her security bail application. Maryam Nawaz appeared before a bench headed by Justice Sarfraz Dogar for interim bail while she was accompanied by Capt (retd) Safdar, Pervez Rashid, Rana Sanaullah, Ataullah Tarar, Khawaja Imran Nazir and Maryam Aurangzeb among others.

A bench headed by Justice Sarfraz Dogar heard Maryam Nawaz’s plea. Maryam Nawaz argued in the petition that NAB Lahore has started an inquiry into 1,500 kanals of land and has summoned two inquiries on March 26. I want to be involved in the investigation, but there is a risk of arrest.

The court restrained the NAB from arresting Maryam Nawaz till April 12, while the High Court adjourned the hearing, ordering Maryam Nawaz to submit two sureties of Rs 1 million in two cases.

It is to be noted that Maryam Nawaz has been summoned by the NAB on March 26 to investigate the alleged illegal transfer of 1500 kanals of land in Jati Umra to her name. The notice instructs you to bring all the required records at the time of appearance.

On the other hand, in view of any untoward incident, NAB Lahore requested the Federal Ministry of Home Affairs and the Punjab Government to deploy Rangers and police in connection with the NAB appearance of Maryam Nawaz on March 26, including declaring the NAB office a red zone. The Federal Ministry of Home Affairs has approved the deployment of Rangers for the security of NAB office Lahore.