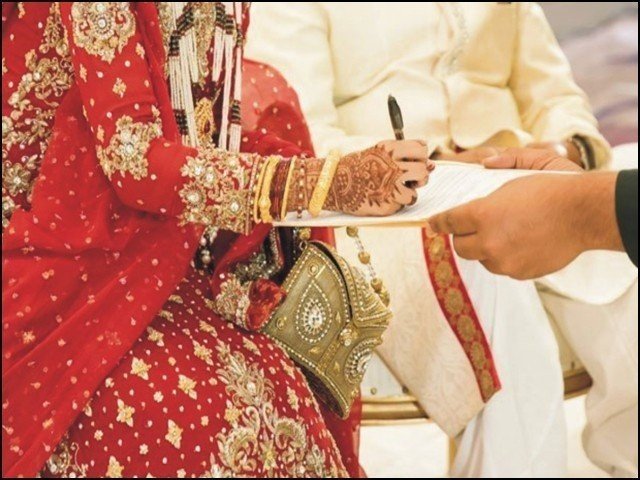 Nawabshah: It cost a young man dearly to marry another girl while his first girlfriend attacked and injured him.

The wedding ceremony at the local wedding hall on Maryam Road in Nawabshah caused a commotion when a girl named Naheed Mehr grabbed the groom Niaz Mehr by the collar and shouted, “Love me, marry someone else.” I will not allow this to happen. The women tried to catch Naheed but the girl attacked her with a sharp instrument and injured the groom.

The women present in the marraige ceremony apprehended the girl and handed her over to the police, while the injured groom was rushed to the People’s Medical College and Hospital. Sources said that the injured groom and the attacking girl are relatives and both are residents of the 18th branch about 60 miles away. According to sources, the two love each other.

Naheed Mehr says that Niaz Mehr used to study tuition during which we both fell in love. They both agreed to marry but he married another girl. He consoled me on my protest that I will marry you soon which I agreed to. Riya is on which I reached the wedding hall and grabbed Niaz and hit him with a spoon and injured him.

The groom’s relatives also reached the police station and said that we are relatives and do not want to take the matter to court. Will marry the girl’s need. Upon contact, the police confirmed that the matter has been settled on the assurance of the boy’s family. 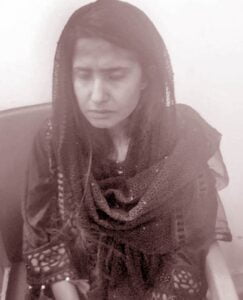 Naheed Mehr, a 20-year-old student, allegedly committed suicide at her goth house on Sunday evening. Sixty Mile Police Station SHO Manzoor Bhangwar confirmed on contact that a student named Naheed Mehr had committed suicide by hanging herself from a fan by putting a noose around her neck when asked if she had not killed the girl in the name of honor. Gone and a suicide drama has been created.

The police chief said that the body has been shifted to People’s Medical College and Hospital for postmortem. If the postmortem report proves the murder, strict legal action will be taken.

It is to be noted that Naheed Mehr, a student who allegedly committed suicide in the local marriage hall of Nawabshah this afternoon, reached the time of marriage and made a lot of noise and was taken into custody. The girl was later handed over to her parents who took Naheed with them to Goth where a few hours later her trapped body was found hanging from a fan.