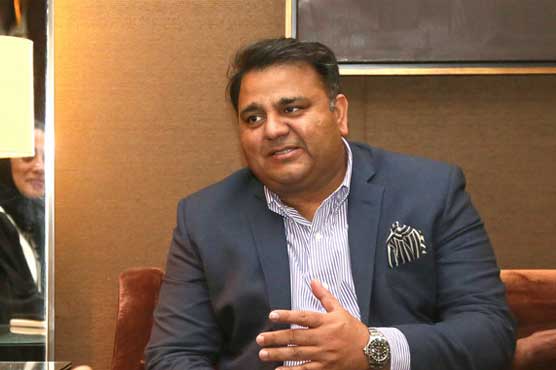 While talking about the alleged audio of former Chief Justice of Pakistan Saqib Nisar, Information Minister termed the audio clip fake and said that whenever there is a case against PML-N leadership, the party tries to put pressure on the courts.

Fawad said that Maryam Nawaz’s attitude has always been negative and her aim is to pressurize the judiciary. The minister hoped that the judiciary will reject this pressure and all the characters behind this audio clip will be revealed.

Talking about decisions of the cabinet, Fawad Hussain said that a ministerial committee had been constituted to liaise with the Election Commission of Pakistan (ECP) for ensuring implementation of the recently passed laws on electoral reforms.

The committee would finalize all the nitty-gritty on use of the EVMs in the next election such as cost, numbers of machines and others, he added.

The minister said it was imperative that next general election should be and would be held with help of EVMs at all the cost and 9 million overseas Pakistanis would exercise their right of franchise.

To a query, the minister said the government had reached out to the opposition many a time and asked them to share their suggestions on the electoral reforms as it wanted consensus on the matter.

The entire nation including government, opposition and public had consensus over reforming the existing electoral system, he said, stressing the need for use of the EVMs to end rigging for once and all.