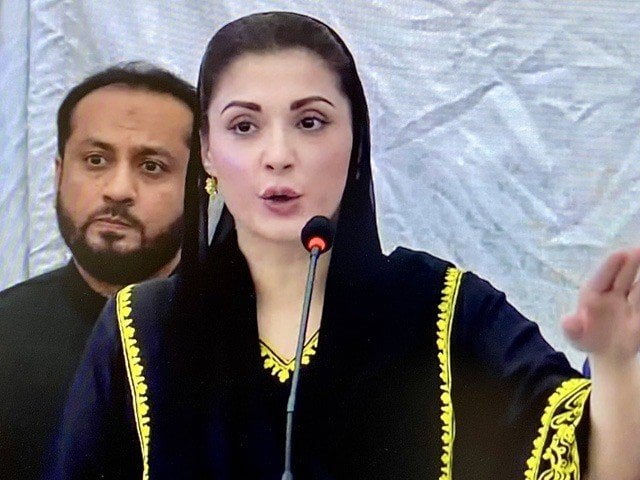 At a meeting of the Pakistan Democratic Movement (PDM), former president Asif Ali Zardari asked PML-N leader Nawaz Sharif to return home so that we could all fight together.

PML-N Vice President Maryam Nawaz while replying to Asif Ali Zardari said that my father’s life is in danger in Pakistan, especially Mian Sahib’s life is in danger in NAB custody, my father is in jail. There have been two heart attacks and just like you are on the video link, Mian Sahib is also on the video link.
Maryam Nawaz said that I am here of my own free will. Voted for Yousuf Raza Gilani.

According to sources, later on the statement regarding the return of Nawaz Sharif, Asif Zardari addressed Maryam Nawaz and said that if you are hurt by my statement, I apologize for it. In response, Maryam Nawaz said that my intention was not to apologize to you. I respect you like Bakhtawar and Asifa.

Talking to media after the PDM meeting, Maryam Nawaz said that we do not need corpses but a living leader and Mian Sahib cannot be brought back home and handed over to a killer like Imran Khan.

Share
Facebook
Twitter
Pinterest
WhatsApp
Previous articleMian Sahib please come back to Pakistan, demand of Asif Zardari
Next articleIf I find out that my daughter has a boyfriend, I will break his face, Shah Rukh Khan