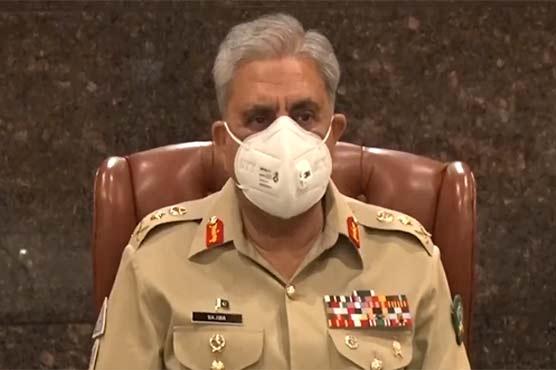 Rawalpindi:The Corps Commanders Conference, chaired by Army Chief General Qamar Javed Bajwa, has expressed full solidarity with the Kashmiri brothers in the ongoing struggle for the right to self-determination.

According to the Pakistan Army Public Relations Department, the Corps Commanders Conference chaired by the Army Chief also reviewed the national, regional and global security situation.

The participants of the Corps Commanders Conference also reviewed the situation along the Eastern Border and the Line of Control (LoC) during the meeting, as well as the situation after the talks between the Pak-India DGMOs.

According to ISPR, the military leadership also reviewed the security situation in the integrated districts of Khyber Pakhtunkhwa and the situation arising from the third wave of Corona.

The participants reviewed the situation caused by the third wave of Corona virus and reiterated the commitment of the Armed Forces to cooperate fully with the civil administration to control the epidemic.

Participants in the Corps Commanders Conference said that development projects in the integrated districts should be completed soon. Participants also expressed satisfaction with the Afghan peace process and the positive progress in ongoing efforts. The military leadership was also briefed on the ongoing military exercises with friendly countries.