Modi is a coward, Rahul Gandhi 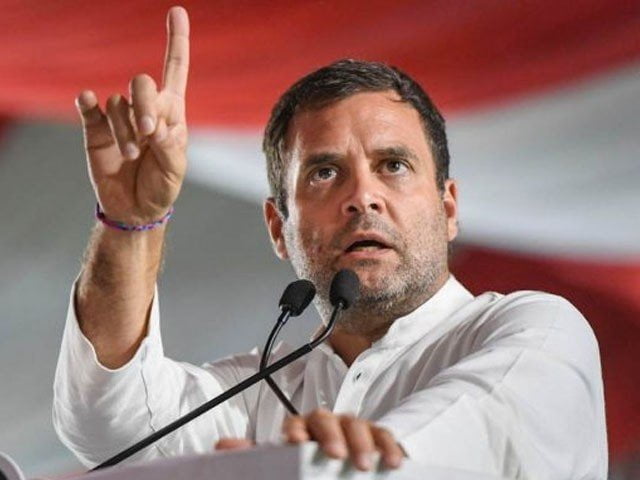 New Delhi: Congress leader Rahul Gandhi has termed Narendra Modi a coward and said that the Prime Minister does not have the courage to respond to China.

According to Indian media, Congress leader Rahul Gandhi has said in a press conference that Prime Minister Narendra Modi does not have the capacity and capability to protect the country’s borders and ideology.

The Congress leader further said that the Prime Minister did not have the courage to stand up to China, Modi’s cowardice made the sacrifices of Indian soldiers in vain and no one in India should be allowed to do so.
Rahul Gandhi said that since the coming of Modi government, the violation of Line of Actual Control by China has increased and the damage done to the Indian Army in this government has never been as much as in history.

On the other hand, the Bharatiya Janata Party spokesperson, responding to Rahul Gandhi’s statement, said that before saying anything to Prime Minister Modi, the Leader of the Opposition should ask his grandfather Jawaharlal Nehru, who had given India’s land to China.