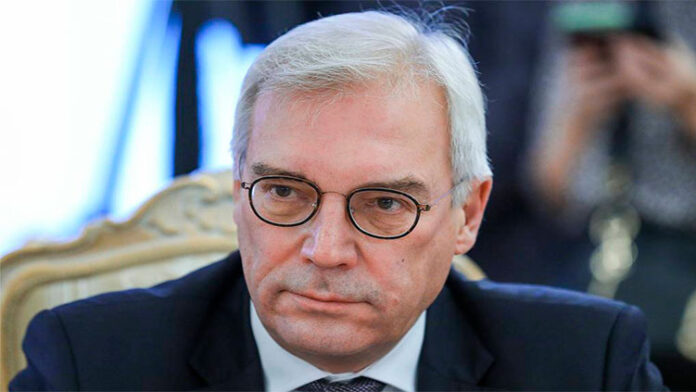 BRUSSELS (AFP) – Russia said Wednesday that security talks between Moscow and NATO in Brussels were “frank”, but indicated there had been no breakthrough, stressing the two sides had a lot of “fundamental” disagreements.

“It was a heart to heart,” Russian Deputy Foreign Minister Alexander Grushko told reporters after the talks in Brussels.

“The conversation was quite frank, direct, deep, intense, but at the same time it revealed a large number of differences on fundamental issues.”

He said that Russia and NATO had no “positive agenda — none at all” and warned that the continued deterioration of the situation could lead to the “most unpredictable and most dire consequences for European security”.

The high-stakes talks come amid fears of a Russian invasion of its pro-Western neighbour Ukraine. Moscow has demanded wide-ranging concessions from Washington and its NATO allies, which in turn have threatened severe sanctions for any attack.

Grushko told reporters that Moscow s proposals could in fact improve security of both Russia and NATO members and added that to de-escalate the situation over Ukraine the bloc should stop sending military aid including arms supplies to Kyiv.

Russia s diplomatic mission to the alliance was withdrawn last year after eight of its staff were expelled on allegations of espionage.

“I do not rule out that our diplomatic presence here may be restored”, he said.