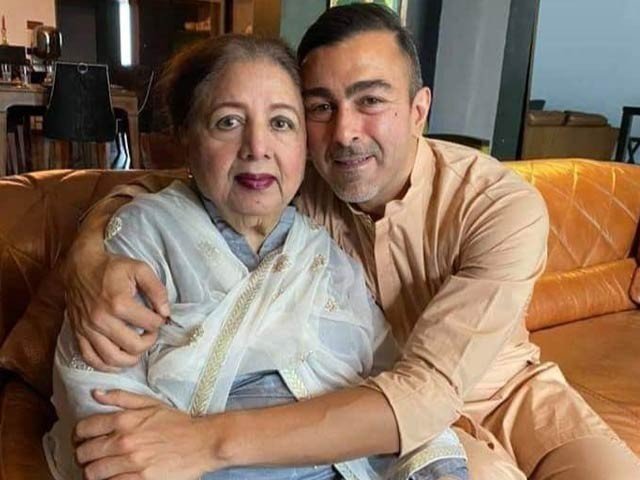 LAHORE: Former superstar heroine and actor Shan Shahid;s mother Nelo has died at the age of 81 after a long illness.

Abida Riaz,  known as Nelo in the Pakistani film industry, was born Cynthia Alexander Fernandes and was born on June 30, 1940 in Behra, Sargodha. At the age of 16, she started her career in Lahore with the Hollywood film Bhavani Junction. Yellow was born into a Catholic Christian family, but at the time of her marriage to renowned film director and screenwriter Riaz Shahid, she Converted to Islam and adopted the name of Abida Riaz. She was the mother of Pakistani film star Shaun.

“These are the saddest moments of my life,” Shan confirmed the news of his mother’s death in his tweet. . May God have mercy on her. According to  sources, the senior actress was ill for some time in the hospital where her life journey ended . Her funeral prayers offered on Sunday.

In 1965, the actress Nelo faced the rebuke of Amir Kalam Malik Mohammad Khan, the hardline governor of Punjab, known for his dictatorial style of government. Nelo was invited to dance at the Governor’s House ceremony during the Shah’s visit to Iran, but Nelo refused to go. After which he was intimidated and forcibly taken to the Governor’s House.

She was allegedly abused during the attempt and the actress also tried to commit suicide, after which she was shifted to a hospital instead of the Governor House where doctors saved her life. Later, progressive poet Habib Jalib He wrote a poem on this incident under the title ‘Nelo’ which begins with this poem “So that unfamiliar etiquette is slavery now, dance is also done by wearing chains”. The poem was later added to the 1969 film Zarqa, with minor alterations. The film was directed by Riaz Shahid and actress Nelo supported her husband in the preparation of the film. It was one of the most popular films of Riaz Shahid.