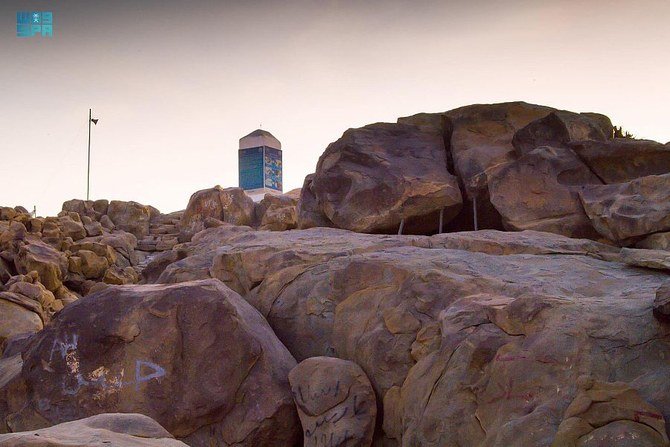 Mount Arafat, also known as Jabal Al-Rahmah (the mountain of mercy), is where pilgrims head to from Mina on the ninth day of Hajj, holding prayers and reciting the Qur’an.

At the end of his life, Prophet Muhammad presented his final sermon to the Muslims who had accompanied him on the Hajj. If a pilgrim does not spend the afternoon on Mount Arafat, their Hajj is considered invalid. 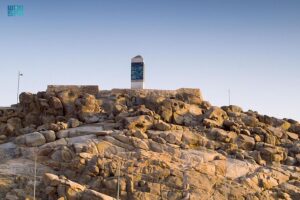 On the ninth day of Dhu Al-Hijjah, the Hajj Khutbah is read, and the Zuhr and Asr prayers are prayed together. The pilgrims spend the entire day on the summit, praying to Allah to pardon their sins and praying for future blessings and personal strength.

After the Arafah rituals conclude at sunset, pilgrims proceed to Muzdalifah for a shortened Maghrib and Isha prayer, and a brief rest.

The Plain of Arafat is the level area that surrounds the hill. This entire location is sometimes referred to as Mount Arafat. The Makkah Metro has been serving this location since 2010. On a typical Hajj, the walk is roughly 21 km.