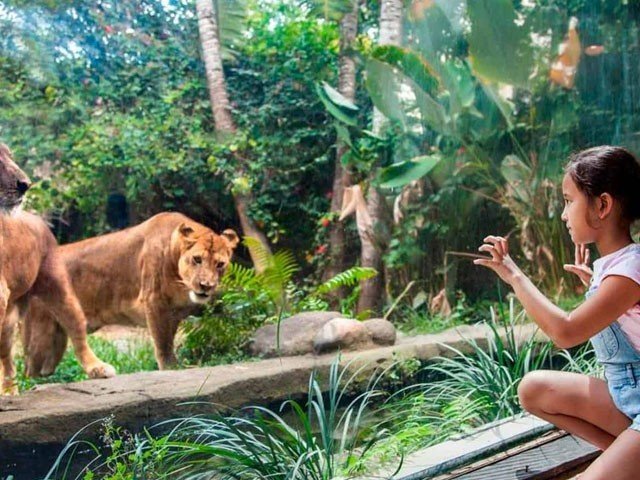 According to Indian media, billionaire businessman Mukesh Ambani has decided to build the world’s largest zoo on 113 hectares or 280 acres in Jamnagar, Gujarat, which includes African lions, Bengal lions and Komodo dragons. And there will be more than 100 species of animals, birds and reptiles from all over the world.

India’s richest businessman says the “Green Zoological Rescue and Rehabilitation Kingdom” will also keep animals safe and rehabilitate sick or disabled animals. His 25-year-old son Anant Ambani will take over the management of the zoo.
In January this year, Mukesh Ambani’s Reliance Industries signed two rare black leopards from the Assam State Zoo in Guwahati in exchange for two Israeli zebras for its zoo.

Locals had surrounded the zoo in Guwahati in protest of the deal, and protests are now taking place in other parts of the country. Protesters chanted slogans against the transfer of rare leopards.