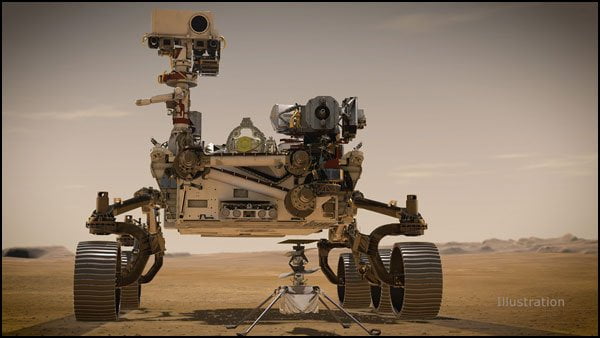 PASADINA, California: NASA has announced that the Ingeneti helicopter, which landed on Mars with the Perseverance Rover, is ready to make its maiden flight.

However, this first flight will not be possible before April 11, because until then, in the specific conditions of Mars, Ingenuity will be finalized from various technical and safety aspects. 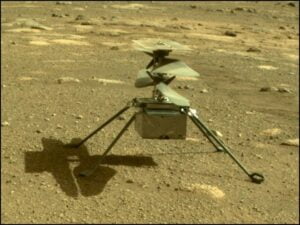 If successful, Ignatius will be the first helicopter to fly over Mars.
It should be noted that both Perseverance Rover and Ingenetic are the most important parts of the latest mission to Mars “Mars 2020”. The purpose of this mission is to find possible signs of life on Mars.
The Perseverance Rover is a six-wheeled vehicle orbiting the surface of Mars.

The Ingenetic helicopter was stored at the bottom of the same rover, which had just detached and landed on Mars a few days earlier. 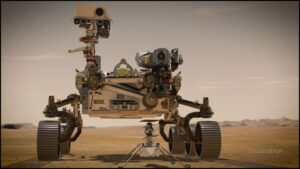 Although the engine is designed with the Martian atmosphere in mind, its actual performance will only be known on Mars under real conditions.

That’s why NASA experts are taking every precaution regarding engine flight.

It would be better to say that if the engineering flight to Mars is successful, it will be another great step of humanity in the field of space research.

NASA JPL (Jet Propulsion Laboratory) tweeted that the helicopter was 4 inches (10 cm) below the “belly” of the Perseverance Rover. Has successfully landed on the surface of Mars. His next milestone will be the night of Mars.
The engine is equipped with solar panels to charge the battery, but this is the first time the battery has been fully charged by the Perseverance Rover.

According to Bob Balaram, chief engineer of the Mars Helicopter Project (Engineering) at Jet Propulsion Laboratory, NASA, his team will inspect the helicopter’s solar panel in the next few days to make sure it is working properly.

In addition, by charging the engine’s battery from the solar panel, before the flight, its motors and sensors will be finally tested to ensure that they work properly. 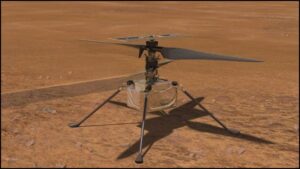 After all these steps, the Ingenetti will make its first test flight, in which it will rise at a speed of about 3 feet per second, reach a height of 10 feet, and slowly hover in the air for about 30 seconds. Will return to the level of.

During the flight, it will also take high-resolution pictures of its surroundings. In the next one month, it will make five more flights, which will be gradually made more difficult. Only by looking at the results of these test flights will NASA experts decide what more work can be done on Mars with the engine.

It has four light but strong legs made of carbon fiber tubes for landing on Mars. They are 15.1 inches long.

The engine has two rotors at the top and bottom, each 4 feet wide.

Weighing 273 grams, its battery can generate up to 350 watts of electricity, which is fitted with a solar panel at the top of the engine.