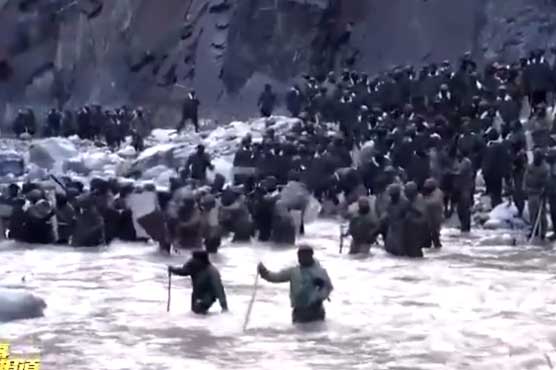 BEIJING: A new video of a clash between Chinese and Indian forces in the Gulwan Valley of occupied Ladakh has been released. In the video, Indian officials can be seen taking the initiative.

It may be recalled that there was a clash between Indian and Chinese troops on the Gulwan Valley in Ladakh last year in which 20 Indian soldiers, including a colonel, were killed. However, no statement was made by China regarding the deaths of its troops. Recently, the two countries agreed on a five-point agenda to withdraw troops from the disputed border area and ease border tensions. 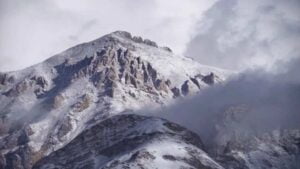 According to Chinese media, a new video of a clash between Chinese and Indian forces in the Gulwan Valley of occupied Ladakh has been released. In the video, Indian officials can be seen taking the initiative. Indian troops were crossing the river into Chinese territory, a video released by China pointing to India said that the foreign forces concerned have been violating old agreements since April. ۔ They crossed the border to build bridges and roads.

The video says that the foreign forces made a concerted effort to change the situation on the border, which led to increasing tensions on the border. We tried to resolve the issue through dialogue, taking into account the agreements between the two countries. 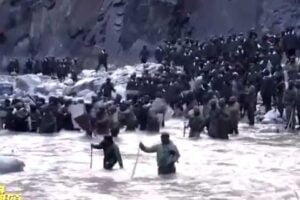 After tensions with India in Ladakh last year, Chinese officials have admitted that four of our soldiers were killed during a clash in the Gulwan Valley. Has been awarded high honors for 4 soldiers who sacrificed their lives during the clashes. The soldiers were identified as China Hong Jin, Chen Zhangrong, Xiao Xuan and Wang Zhuoran. Fabao was seriously injured and has also been awarded military honors.