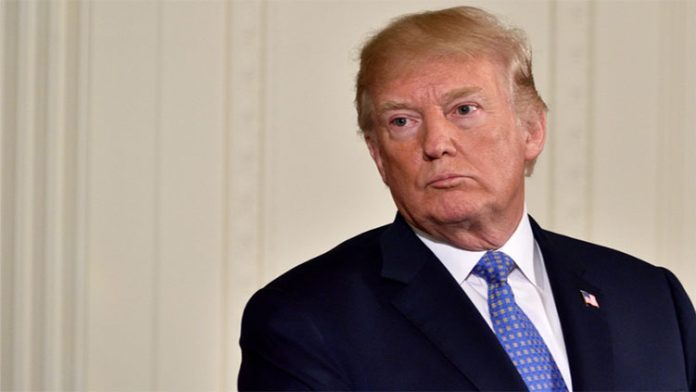 NEW YORK (AFP) – Donald Trump and his three eldest children will go on trial late next year in a civil lawsuit brought by New York s attorney general that accuses them of fraud, a judge ruled Tuesday.

Justice Arthur Engoron of the Manhattan Supreme Court set a trial date of October 2, 2023 in the case that alleges Trump and his family members misstated the value of properties to enrich themselves.

The trial — and a host of criminal, civil and congressional probe cases that Trump is facing — will likely complicate the ex-president s run for a second term in office, which he announced last week.

The date, which Trump attorneys are likely to try to delay, would come close to the start of primaries season for the 2024 Republican presidential nomination.

She says they provided fraudulent statements of Trump s net worth and false asset valuations “to obtain and satisfy loans, get insurance benefits, and pay lower taxes.”

James, a Democrat, has requested that Trump pay at least $250 million in penalties — a sum she says he made from the fraud — and that his family be banned from running businesses in the state.

Her office does not have the power to file criminal charges in the case.

Trump, 76, says the lawsuit is politically motivated. He has repeatedly tried to have it dismissed.

He endured another legal blow Tuesday when the Supreme Court cleared the way for his tax returns to be handed over to a committee of the Democratic-majority House of Representatives.

Unlike presidents since the 1970s, Trump refused to release the records while in office and took to the courts to block the congressional request.

That legal fight appeared to hit the end of the road when the justices ruled without comment that the returns should be handed over to the House Ways and Means Committee.

The committee has been seeking tax returns from Trump and his related business entities for 2015 to 2020.

The handover of the returns to the committee does not necessarily mean they will become publicly available.

The move comes with just a few weeks remaining in the term of the current Congress, and Republican lawmakers will take over the House in January after winning a slight majority in the November 8 midterm elections.

Although the Supreme Court was overhauled by Trump, its justices have never ruled in his favor in this area, notably authorizing in 2020 the transfer of his tax records and business documents to the Manhattan district attorney s office.

Manhattan prosecutors have charged the Trump Organization with hiding compensation it paid to top executives between 2005 and 2021.

Trump is also facing legal scrutiny for his efforts to overturn the results of the November 2020 election and over the January 6, 2021 attack on the US Capitol by his supporters.