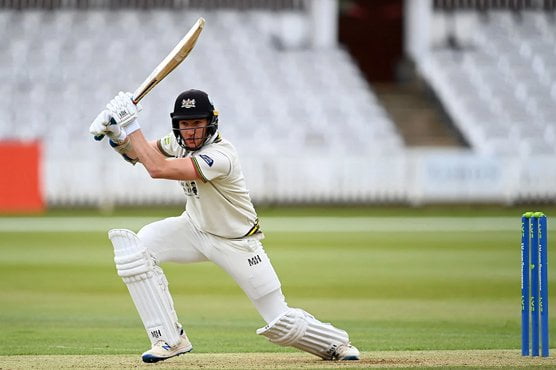 LONDON (AFP) – New Zealand captain Kane Williamson won the toss and elected to bat in the first Test at a sun-drenched Lord s on Wednesday in a match that marks the return of spectators to Test cricket in England.

The crowd is limited to 6,500, after international matches during the 2020 English season were played behind closed doors because of the coronavirus pandemic.

Before play started, both teams lined up in front if the pavilion for a  moment of unity  designed to highlight opposition to all forms of discrimination within cricket.

Bracey came into the side for the first of this two-match series after England decided to rest Jos Buttler and Jonny Bairstow after their Indian Premier League stints, with Ben Foakes — England s keeper for the bulk of their 3-1 series loss in India earlier this year — ruled out with a torn hamstring.

Robinson was added following injuries to Ben Stokes and Jofra Archer, with the hosts once again opting for a new-ball pairing of their two most successful all-time Test bowlers, James Anderson and Stuart Broad, who is vice-captain in Stokes  absence.

But England decided against including a specialist spinner, with left-armer Jack Leach omitted from a side where captain Joe Root had the option to bowl his own off-breaks.

“It s going to look differently balanced with no Stokes around,” said Root at the toss.

“He does fill three positions in many ways. This is a chance for guys to come in and prove they are capable of performing at this level.”

New Zealand were bidding for just their second win in a Test at Lord s in what was also their first match at the  home of cricket  since their agonising Super Over loss to England in a 50-over World Cup final in 2019 where the scores were tied at the end of normal play.

The tourists, as previously announced, gave a Test debut to opener Devon Conway, who was thrust straight into the action after Williamson called correctly at the toss.

“I think there are always a few things to consider,” said Williamson. “It looks like a reasonable surface.”

The Black Caps, who after this series face India in the inaugural World Test Championship final in Southampton, did include a spinner in Mitchell Santner, with all-rounder Colin de Grandhomme back in the XI.

But they were without experienced left-arm quick Trent Boult, granted family time in New Zealand after his IPL stint.