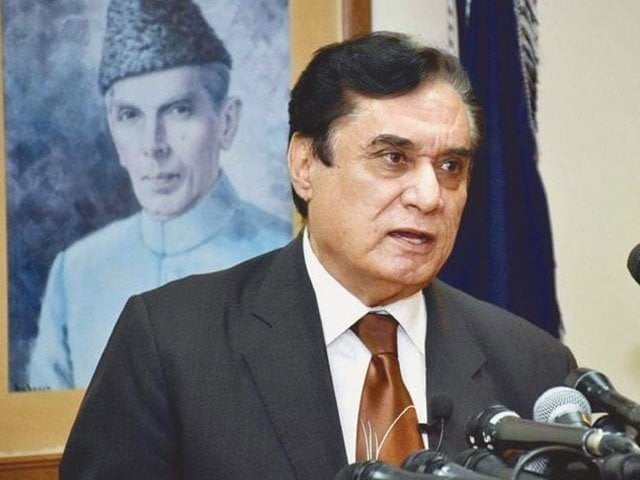 Addressing the traders in Islamabad, Chairman NAB Javed Iqbal said that no bullying or blackmailing could hinder the process of accountability, they are doing their job with great satisfaction, propaganda against NAB is constantly going on, and that’s all. It has been said that Corona was also spread by the NAB. The propaganda NAB is being carried out by those who are being investigated.

The NAB chairman said that the NAB has stood in the dock due to its vicious propaganda, but no threat, blackmail can be an obstacle in the way. If NAB has filed a wrong reference, go to court. He was also called to the NAB. In one province, wheat worth Rs 10-15 billion was embezzled. It was reported that wheat worth Rs 10-15 billion was eaten by rats.

Chairman NAB said that a person took money in the name of housing society. When we asked, he was told that the place has not been bought yet, you have bought it. Yes, if there is a robbery, then the NAB handles the case according to the law. The NAB does not look up to the real businessman. We have not interfered in any sector unnecessarily.

Javed Iqbal said that NAB has no case related to FBR. If NAB has obstructed any case, give the list. If any case of traders is beyond the jurisdiction of NAB, let us know. Before leaving the office, you The case will be transferred, no investor has been asked till date, where did you get the money from, in one case you must ask if you have laundered money, the complaints of traders will be addressed.