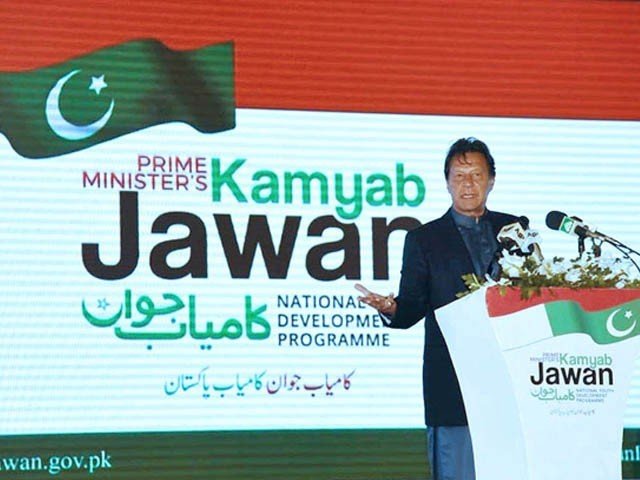 ISLAMABAD: Prime Minister Imran Khan has directed the Economic Advisory Council (EAC) to take extraordinary measures for relief instead of imposing more taxes on the people, and to present a roadmap for economic stability and sustainable economic growth.

Presiding over the meeting of the Economic Advisory Council through video link, the Prime Minister directed to ensure full functioning of the Economic Advisory Council on the country’s economy. Imran Khan said that the business atmosphere has improved due to the efforts of the government. Reforming the tax system, making the system simpler and more efficient are among the top priorities of the government. He said that the Prime Minister said that the purpose of setting up the Economic Advisory Council was to take advantage of the suggestions of eminent economists for building the country’s economy on a sustainable basis.
Referring to the economic problems, the Prime Minister said that in view of the difficult economic situation, instead of imposing more taxes on the people, an out-of-the-box solution should be proposed to provide relief to the people and ensure sustainable development of the economy. ۔ He said that every possible effort has been made by the government to formulate policies not only in consultation with the business community but also to ensure the continuity of these policies.
The Prime Minister directed the Economic Advisory Council to propose a roadmap based on short-term, medium-term and long-term initiatives for sustainable economic stability and development to address key sectors of the economy including energy, construction, agriculture, tourism, social security. Areas such as subsidies, price stability, promotion of small and medium enterprises, remittances from abroad and public-private partnerships could be further regulated.

Meanwhile, Prime Minister Imran Khan, while addressing the signing ceremony of a memorandum of understanding between the Ministry of Maritime Affairs and four banks in Islamabad, announced to provide loans to fishermen on easy terms.

Addressing the function, he said that stabilization of flour prices and ensuring uninterrupted supply of flour to the people was of paramount importance. In which the suggestions given by the flour mill representatives will be reviewed. He said that eradication of poverty from the country would be our great achievement.

He said that Karachi has 40% slum population, if unplanned population continues to increase, the difficulties will increase, my success will be to reduce poverty, change the condition of the poor will improve the country’s economy. ۔ The Prime Minister said that he congratulated the team on launching the fishermen empowerment program. He said that Khyber Pakhtunkhwa was lagging behind in 2013 but poverty in KPK decreased between 2013 and 2018.